A defence of newspapers 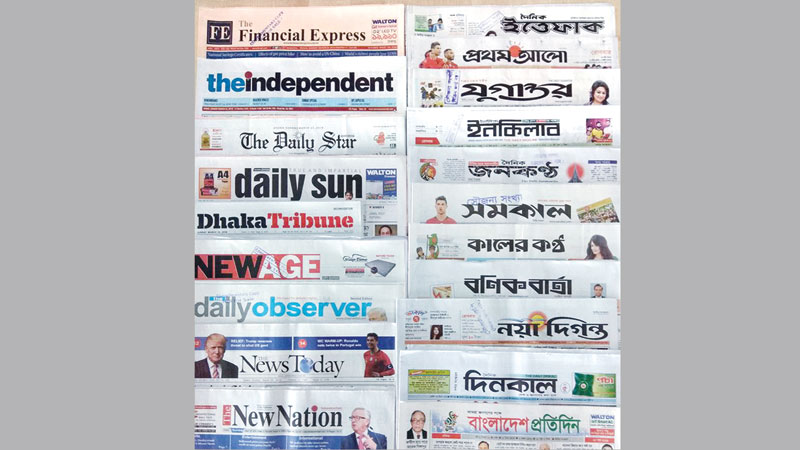 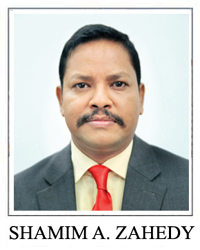 With The Independent, one of the oldest English language newspapers that have been in continuous operation, stepping into the 24th year of its publication today, Bangladesh’s newspaper industry has arrived at a crossroads, requiring urgent actions from stakeholders to carry out its mission to serve the people, who are ruled and governed. When the daily started its journey March 26, 1995 with a bang, it was the pioneer in many aspects in bringing about visible changes to the Bangladesh newspaper industry: it was the first four-colour paper printed on imported newsprint; it was also the first among the newspapers to introduce a pull-out weekend magazine along with the regular publication. Since then, times have changed over the past two decades and so have the Bangladeshi newspapers.

Investment or rather quality investment in newspapers has dwindled amid the burgeoning growth of broadcast and digital news media. In line with global trends, readership has also slumped and revenue nosedived.

Although the annual private sector advertisement spending for overall Bangladesh media industry is posting growth from Tk 2,000 crore in 2012 to Tk 3,600 crore in 2017, the pie meant for the newspapers gets continuously squeezed.

According to an unofficial 2017 estimate, Bangladesh’s television channels draw the highest 40 per cent revenue followed by newspapers with 25 per cent  share, which is also declining fast.

Digital media platforms that are growing quickly rope in 10 per cent stake for now. Global giants Facebook and Google however are calling the shots in the digital space, leaving the local media bleeding profusely. The media giants are not paying taxes for their revenues to the government either.

Radios get nine per cent of the share while outdoor advertisements which are mainly hoardings or billboards receive the remaining 16 per cent.

Serious attentions or bailout measures in the form of policy supports are now imperative to help keep Bangladesh’s newspaper industry afloat since newspapers or news media as a whole are not like any other consumer products or services. Rivers silently serve as lifelines for human habitats so do newspapers for a modern, enlightened, liberal and tolerant society.

Bangladesh’s total circulation size of dailies is not more than 20 lakh, which is not encouraging for a nation with around 17 crore people, and still not cheering for a country that has just started a process to shed its least developed country tag with GNI (gross national income) per capita hitting $ 1,272.

Currently, the industry is burdened with 15 per cent VAT (value added tax), 10 per cent government tax in special cases and four per cent AIT (advance income tax), which is in reality very difficult to claim refund, for its advertisement incomes. The main raw material newsprint is taxed with 25 per cent duty on import, which is highly discouraging for a knowledge-based product. Other printing related materials such as ink are also taxed.

The tax breaks are needed for the already strained print newspapers, the oldest form of modern-day journalism. Here comes the role of the state to help the print media that undoubtedly ensures almost free and everlasting information for the people who are underprivileged, oppressed and unheard of in a developing country.

Surely every form of journalism has its own unique selling points– be it print, radio, television and the web.

In democracies throughout the world, governments help news media organizations in the form of budgetary and policy supports. According to www.ojr.org, spending of the US federal, state and local governments hit around $1 billion in 2009 to support commercial news publishers through tax breaks, postal subsidies and the printing of public notices. But the government supports around the world are declining.

Coming back to Bangladeshi perspective, the government now needs to come up with a better long-term plan for the sake of free and independent journalism, which is a key to sustainable democracy. As the freedom of the press is guaranteed by the constitution of Bangladesh, the onus lies on the government to take measures to ensure financial sustainability of the media outlets through policy supports and tax breaks since democracy and free press walk together.

As it is the constitutional obligation on the part of the government to make sure that the democracy is functioning, strengthening the press is a must. Freedom of press not just hinges on the ability to express truth but also on the financial sustainability of the news media organizations.

On their parts, newspapers too must look for innovations in the unpredictable changing scenario in terms of contents, layouts and revenue sources. Bangladeshi newspaper industry has definitely witnessed innovations over the ages since 1847 when the first newspaper, weekly the Rangpur Bartabaha, was published in the geographic entity, which is now Bangladesh. In the 1980s, no-frill and compact weekly Jaijaidin was an innovation when it comes to layout and content. Its direct engagement with readers in the form of articles in special issues helped create many freelance writers. In the 1990s, daily Ajker Kagaj infused young and fresh blood into the industry. The paper’s modern layout used to fill pages with news stories while not jumping to other pages was an innovation for the industry.

Again in the 1990s, the daily Janakantha created quite a stir in the industry when it started printing the paper from capital Dhaka and other locations simultaneously, ensuring distribution of the copies in the morning all over Bangladesh.

In 2003, the eight-page budget broadsheet daily Amader Samaya priced at Tk 2 a copy when other dailies were charged Tk 10 was an instant hit in the newsstands, reaching out to very low income people. It is high time that the newspapers strove again for funds, readership and revenues. The writer is the Executive Editor of The Independent. E-Mail: [email protected]

A defence of newspapers

Defence secretary Jim Mattis was always the most important and impressive of them, and if he’s the next to go, profound anxiety would be warranted. For now, he seems secure, in large measure because…