The veteran finance minister’s mammoth master plan for the next fiscal is really low on much needed job creation to spur growth and fight poverty
SHAMIM A. ZAHEDY 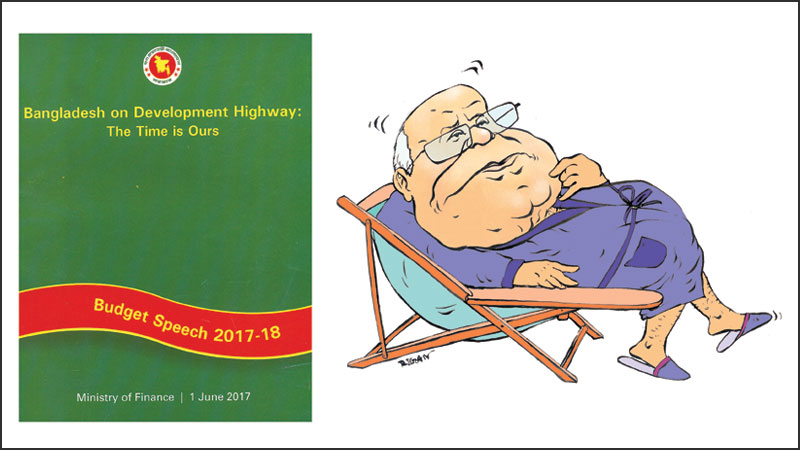 There were some missing links between the ambition and the reality as Abul Maal Abdul Muhith, the 83 years old finance minister of Bangladesh, delivered his 11th national budget speech in parliament on 1 June 2017, despite the fact that he, while outlining budget framework for 2017-18, said, “Our goal is to ensure balanced and harmonized development of all sectors of the economy. We plan to achieve this goal by formulating annual budgets under a Medium Term Macroeconomic Framework.”

In the Tk 400,266 crore proposed budget, the highest-ever in the nation’s history as against Tk 786 crore in 1972-73 fiscal year, Muhith said that GDP growth rate would be 7.4 percent and inflation would come down to 5.5 percent by the end of the fiscal year. He also said, “Tax-revenue will increase by 1.7 percent of GDP. Tax net will be expanded and the new Value Added Tax law will be implemented. Tax exemption and tax holiday facilities will be withdrawn gradually.”
The veteran finance minister’s mammoth master plan for the next fiscal is really low on much needed job creation to spur growth and fight poverty against the backdrop of the fact that in the domestic market 16 lakh jobs on an average have to be created annually.
In Bangladesh, around 20 lakh people enter job market each year; of which, four lakh on an average find employment abroad, according to the government statistics.
The master finance minister, who presented his budget way back in 1982-83 fiscal year, only managed to list precisely and categorically that two lakh jobs will be created in domestic market when some 12 special economic zones will go into operation. The rate of job creation is much below expectation.
A recent analysis of the World Bank sheds light on job trends in Bangladesh. The analysis known as ‘Jobs Diagnostic’ conducted jointly by the World Bank and the Bangladesh Bureau of Statistics (BBS), says despite Bangladesh’s robust economic growth, the pace of job creation has slowed in the recent years.
“The annual growth rate for jobs fell to 1.8 percent in 2010-15 after growing 2.7 percent annually in the period 2003-10, and has almost stalled in the Ready Made Garment (RMG) sector. Bangladesh now needs to focus on creating more and higher quality jobs in export oriented non-RMG sectors,” according to the analysis.
Private sector investment has remained sluggish over the past years, making no ripple effect on the job front: jobs remain stagnant.  Moreover, increasing amount of capital flight from Bangladesh is one of the reasons Bangladesh is witnessing less private sector investment, contributing to lethargic job creation.
According to Global Financial Integrity (GFI) in its latest report titled 'Illicit Financial Flows to and from Developed Countries: 2005-2014', Bangladesh has lost between 6 billion US dollars and 9 billion US dollars, mainly thanks to trade misinvoicing.
Muhith has chosen an easy and conventional path as he said the tax net would be expanded and tax-revenue would increase by 1.7 percent of GDP (gross domestic product). Muhith still counts on the same old people and organisations as he sets eyes on collecting Tk 248,190 crore from NBR sources especially when it comes to income tax, corporate tax and duties.
He said, “In my previous budget speech, I announced the targets of raising the number of income tax return submissions to 15 lakh and that of registered tax payers to 25 lakh. Fortunately, we have exceeded these two targets. This year the number of return submissions is around 16 lakh and the number of taxpayers’ registration is around 29 lakh.”
But in a country with around 16 crore people, only 12-13 lakh regular income tax return submissions are ridiculous. And there has been no roadmap outlined in the budget to expand the tax net in real sense, keeping potential individuals, professionals and organizations out of the tax net.
And increasing revenue by increasing excise duties on bank accounts is indeed an easy solution for the government.
VAT has become all pervading with the implementation 2012 VAT law with the uniform rate at 15 per cent, which is surely contribute to price hike of commodities.
The finance minister placed a long list of items to be kept out of the purview of VAT. The government listed over 1,000 VAT-free products and services as against only 536 products and services mentioned in the previous catalogue. But media reports say some unfamiliar or non-essential items unnecessarily crowd the VAT-free list.
VAT-free products such as live birds like turkey and dove, canned animal meat like camel and lamb, canned fish, oyster, crab, imported cashew nut, Brazil nuts, cherry, apricot, peach, plum, sea-weeds and sea-moss are surely not going to benefit people rather corroborate the fear of price hike of consumer items and increase the inflation.
Use of electricity to projects such as Rooppur Nuclear Power Plant and Bangladesh High Tech Park is VAT-free but individual consumers have to pay additional 10 percent VAT, totaling the amount 15 percent in their monthly power bills.
The government’s ambition to keep inflation down to 5.5 percent by the end of the fiscal year is certainly going to be dented.
Muhith mused much of his time in the budget speech describing the success of electricity generation. “In 2009, our power generation capacity was only 4,942 megawatts. Now it has reached 15,379 megawatts. At the same time, system loss has been reduced to 9.3 percent from 15.6 percent.”
But affordable energy prices do not get priorities. Muhith did not dispel the fear of challenges facing Bangladesh on blending of imported LNG (liquefied natural gas) and local gas prices, which is due next year.
In Bangladesh, after the incorporation of imported LNG in the national grid from the first quarter of 2018, gas price will be more than double if several taxes, which currently stand at 122 percent, are not removed. Currently, the average selling price of gas is Tk 7 per unit while as per the existing international price the rate will be Tk 70 per unit.
Shouldn’t Muhith now rethink some of his major policy decisions and bring changes to the budget to make it pro-people?

The writer is the Executive Editor of  The Independent
E-Mail : shamim.zahedy@theindependentbd.com 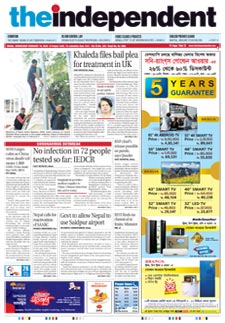 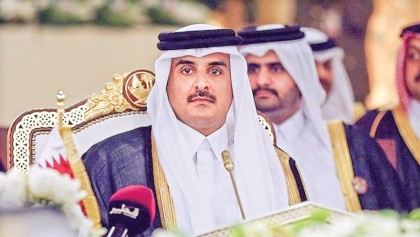 The Qatar crisis and the myth of Arab unity

Following U.S. President Donald Trump’s tweet on June 6, in which he took credit for the Saudi-Egyptian move on Qatar for himself, it can be said that the options before Emir of Qatar Thamim al-Thani…

Even moderate drinking may dull the aging brain