As a state Bangladesh has a duty to offer level-playing field to every child and give equal opportunity to all, irrespective of their gender, religion, ethnicity and socio-economic status
Shamim A. Zahedy 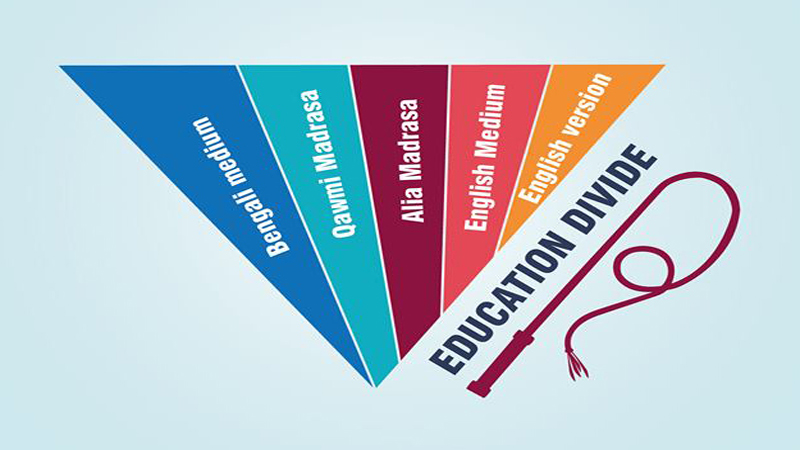 With some 1.2 billion students worldwide, as UNESCO estimates, are affected by the closure of educational institutions due to the COVID-19 outbreak, hundreds of millions of them turn to online classes, only to expose the education’s growing digital divide.
In Bangladesh the experience is similar. Obviously, all of more than the nation’s 22 million primary students, 13 million secondary and higher-secondary students, and 3.7 million tertiary-level students do not have access to the internet and digital devices.
But, Bangladesh has another ‘divide’ in education system deeply rooted over the centuries, eating into the social fabrics. This divide needs to be bridged first.
The country’s whole education system itself is greatly discriminatory; forget the digital divide at least for now.
How? Bangladesh’s class I to X education system is so designed that it helps grow children in different ways, culturally and socially, at the outset of their life. This is contrary to aim of an independent country that expects its people to march forward in unison.
Broadly, people with a few exceptions who ‘have little money’ send their children to a ‘madrasa’, or Islamic school, better known as ‘Alia Madrasa’; people with a few exceptions who ‘have no money’ send their wards to rather orthodox Qawmi Madrasa, which until recently lacked government accreditation; people who are known to be or aspire to be bracketed in the ‘middle class’ send their children to Bengali medium education, while people who are ‘known as rich’ or who want to be rich send their boys and girls to English medium schools, which follow foreign curriculum.

Lately, Bengali medium that follows national curriculum gets a new off-shoot: it is called ‘version’, meaning the students will follow the same curriculum but the language of classroom instruction will be English instead of Bangla.

Alia Madrasa education system focuses on Islamic studies as well as social sciences and arts. Its subjects include the Quran, Arabic, Islamic history, and information and communications technology (ICT) while Qawmi Madrasa being dogmatic does not accommodate science studies from pre-school to class VIII.

English medium schools follow mostly the curriculum of Edexcel and Cambridge of UK and also other curriculums of other countries.
So, the classroom instruction of the three basic streams of Bangladesh’s elementary education is mainly based on Bangla, Arabic and English languages, forcing the children of a ‘unified nation’ to learn or speak different ‘languages‘, wear different ‘attires’ and adhere to different ‘cultures.’

This, of course, is not a sign of diversity, not at all. As a state Bangladesh has a duty to offer level-playing field to every child and give equal opportunity to all, irrespective of their gender, religion, ethnicity and socio-economic status.

While the constitution says, “The state shall adopt effective measures for the purpose of establishing a uniform, mass oriented and universal system of education and extending free and compulsory education to all children to such stage as may be determined by law…”, Bangladesh’s current rudimentary education system is absolutely biased, prejudiced, unfair, bigoted and inequitable.

After the completion of uniform elementary education as envisaged in the country’s constitution, everyone should be allowed to pursue the education they want to, be it in humanities, science, social science, business or theology.

Very little efforts thus far have been made by individuals, think tanks, government organizations and political parties to look into the basic disparity with utmost importance when it comes to mass education in Bangladesh.

The latest roadmap to introduce a uniform curriculum for students up to class VIII by 2018 envisaged in National Education Policy-2010 fell apart long ago for reasons best known to the government.

Earlier, right after the independence of the country in 1971, Qudrat-e-Khuda Education Commission-1972 headed by educationist and scientist Dr Qudrat-e-Khuda embarked on a mission to go for discrimination-free education system, but in vain.

“Regarding curriculum, syllabus and textbooks, the commission suggested a uniform curriculum for primary level based on competence,” reads a web article by education ministry.

What would be the language of instruction in the classrooms in the primary level, which will be extended to class VIII as per government plan? It should surely be the mother tongue.

Rabindranath Tagore (1861-1941), the multi-faced bard of Bengal, the western part of which is now a part of India while the eastern part now forms today’s Bangladesh, favoured mother tongue, denouncing English, the language of the then rulers, the British.

Tagore, the polymath, says that mother language is like mother’s milk in education.
Mother tongue has always been special, something very close to the hearts of the people of Bangladesh.

Few days before the birth of India and Pakistan in August 1947, Dr Muhammad Shahidullah (1885-1969), the Bengali educationist, linguist and philologist, who knew as many languages as 18, argued through newspaper op-eds that Bangla should be made the state language of soon-to-be Pakistan.

“If Urdu or Hindi instead of Bengali is used in our law, courts, and universities that would be tantamount to political slavery,” stated Shahidullah, who was proficient in such languages as Bengali, English, Prakrit and Pali, Sanskrit, Hindi, Odia, Assamese, Tamil, Telugu, Urdu, Arabic, Persian, Tibetan, Hebrew, Old Sinhalese, German and French.

Mother language holds the key to compulsory education lessons. Some 20-plus ethnic groups in Bangladesh, however, need the support for learning materials in their own mother tongues. Good news is that the Bangladesh government has taken the initiative, although the project is moving slowly.

Everyone can pursue the education of choice only after the completion of uniform compulsory education. Diversity is indeed needed. In fact, Bengal itself is a land of diversity: it is a melting pot of people who migrated to this beautiful and fertile land from Middle East, Iran, Asia Minor and Central Asia to earn their livings especially in the middle age.

Coming to digital divide, all students especially ones in the hinterlands and the ones from disadvantaged groups do not have easy and smooth access to the internet and devices in Bangladesh.

Of the total internet connections in Bangladesh, mobile phones account for over 90 percent but only 30-plus percent mobile phone sets are smartphones capable of connecting to internet. To hook up more people with it thus poses a big challenge.

Nevertheless, in course of development the digital divide is to be narrowed and bridged. But mending the basic education divide is not going to be easy, requiring efforts by generations if it is started now.

The writer is the Executive Editor of The Independent. E-Mail: shamim.zahedy@theindependentbd.com

More Articles by Shamim A. Zahedy:

When the lawmakers brazenly call for extrajudicial killing (16-01-2020)

On listening and English language education in Bangladesh

Iran-Israel cyberwarfare: A new dimension of the Middle East crisis 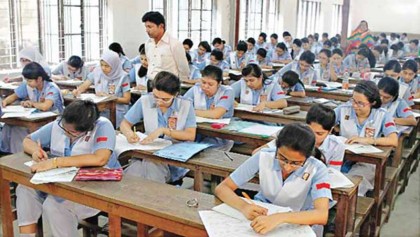 How to narrow down dropout rate and foster digital learning

The Covid-19 outbreak has already destabilized our education sector with serious consequences. Particularly for primary and secondary education, these consequences have significant impacts on: (1) dropout (2) learning. Proposal on…

Are women really being empowered in Bangladesh?

Montreal to Kigali: A journey towards saving the planet

Protecting woman and children from violence

Bartering garbage for foods or cash!

Wishing Sheikh Rehana many happy returns of the day!