An apology for print newspapers 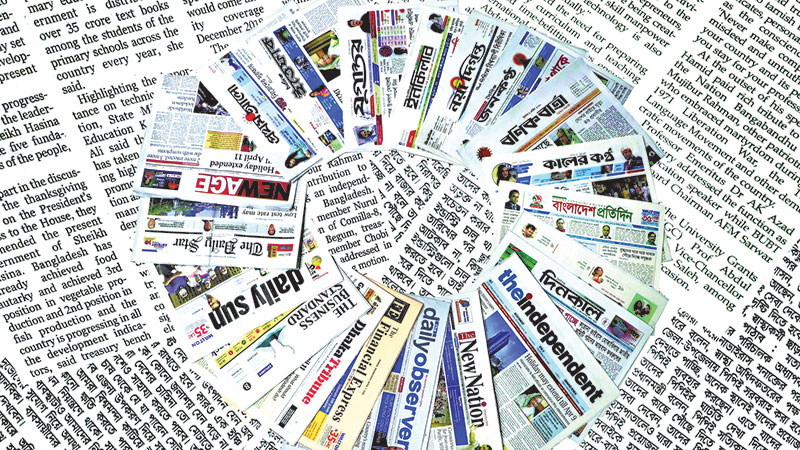 In his “An Apology for Poetry,” English courtier, statesman, soldier, poet, and patron of scholars and poets Sir Philip Sidney (1554 AD-1586 AD) defended poetry in the face of severe criticism from his contemporary scholars in the middle age. Terming poetry as the “monarch” of the arts, Sidney, considered to be the perfect gentleman of his time, further said that poetry was the first of the arts, coming before philosophy and history.

In this time of novel coronavirus pandemic that has thus far killed 49,153 people globally including six in Bangladesh and infected 959,690 people together with 56 in Bangladesh, when Bangladesh’s print newspaper sales have slumped significantly amid ‘fears’ over virus transmission by newspapers, this scribbler feels compelled to say a few words to dispel the ‘fears’ in defence of newspapers.

When the situation at this point is extremely fluid with regard to COVID-19, meaning nothing is fixed and the whole lot stuffs are changing repeatedly and unexpectedly, the other day World Health Organisation officials said they ‘still recommend people not to wear face masks unless they are sick with COVID-19 or caring for someone who is sick’, contrary to the common notion that mask is one of

the key personal protective equipment for people to protect themselves

So, knowledge does change with the time: Ptolemy (100 AD-170AD), the Egyptian astronomer and mathematician of Greek descent, was one of the staunch proponents of geocentric or Earth-centred model of the universe,

Amidst this present day ever-changing scenario a piece of news story published in The Independent on 1 April 2020 has brought a whiff of fresh air: two Bangladeshi medical professionals have spoken out, announcing coronavirus spread is not linked to any paper, including printed newspapers.

Dr ABM Abdullah, a professor of medicine and also personal physician of Bangladesh prime minister, said it has been scientifically proven that coronavirus does not spread through newspapers. “No one should worry about reading newspapers. You can read newspapers without any hesitation.”

Echoing the views of Professor Abdullah, Principal of Dhaka Medical College Dr Khan Abul Kalam Azad, however, cautioned steps must be taken to prevent droplets that are coughed or sneezed out from falling on newspapers like other things, and that papers should not be kept on the floor.

The NOAB (Newspapers Owners’ Association of Bangladesh), nevertheless, earlier beseeched the readers to continue reading print newspapers as it said the extent of the spread of the virus and the increasing number of deaths along with the fact that the movement of virus is still under investigation.

A statement of NOAB reads: “The United States Journal of Medicine published from New England found in their research that the virus lives for a maximum of three hours in the air, a day on the cardboard and two to three days on plastic and stainless steel. However, Professor Caroline Makhamar, a long-time researcher, has published on the website of John Hopkins University that on surface of objects the virus has a minimal chance of survival even though it might seem fearful to some. From the surface of objects there is very little chance of the virus spreading, one in a thousand, she said.”

The NOAB also quoted the US Centre for Disease Control and Prevention as saying: “There is no chance of spreading this virus through newspapers.”

Leading editors of Bangladesh’s print newspapers have joined hands at this crucial juncture as well, calling on the readers to stay with them through a joint editorial published on 2 April 2020 in newspapers simultaneously.

That their newspaper distribution channels were disrupted with the novel coronavirus spreading deeper in society the newspaper editors said they had brought their “workstations and printing houses under the emergency health protocol, provided journalists with protective equipment, and distributed masks, gloves and hand sanitisers among agents and hawkers across the country.”

With the scientists across the globe racing against time to find therapy for or vaccine against COVID-19, the humanity will surely overcome this pandemic like what it did in the past centuries in the cases of plague, flu, cholera and smallpox. This scribbler also wishes to put his two cents in the discourse on the hurdles that have already plagued the newspapers, the oldest form of modern-day journalism.

Apart from individual Facebookers and Youtubers, the print newspaper is now- a-days surrounded with its young and emerging competitors such as web newspaper, television and radio. But every genre has its own USP (Unique Selling Proposition) and the genres complement each other, forming strong and robust ecosystem for news.

Nevertheless, in the age of ‘fake news’ and ‘deepfake video’, newspapers stay relevant in terms of trustworthiness: once something is printed and distributed, it cannot be altered and retrieved! That is the strength of print and that is why a newspaper matters.

True, many print newspapers around the world are opting for digital-only version amid steep cost-cutting with Rupert Murdoch’s Australian flagship media group News Corp being the latest victim. Just on Wednesday (1 April 2020), according to the Bangkok Post, the company announced it will stop printing around 60 regional newspapers, saying the already troubled industry has received a fresh blow from a COVID-19 advertising slump.

Fourth Industrial Revolution is the fusion of digital and physical world with the help of AI (Artificial Intelligence), robotics, IoT (Internet of Things), big data, cloud computing, 3-D printing and the likes. Does that mean people will only learn algorithm, genetic engineering or robotics to stay relevant? No, poetry, philosophy and history are also pertinent to run the machines.

More Articles by Shamim A. Zahedy:

When the lawmakers brazenly call for extrajudicial killing (16-01-2020)

An apology for print newspapers 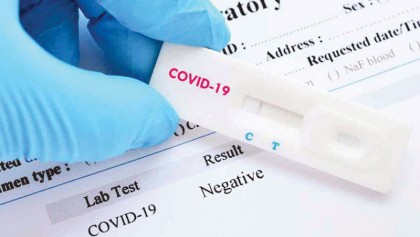 With many countries witnessing their testing and medical facilities overwhelmed due to the spread of novel coronavirus, the private healthcare providers in Bangladesh are now urging the government to…

Govt monitoring up as COVID-19 scare grows
‘1,000 samples to be tested a day’