Bangladesh needs both the USA and China

Bangladesh believes in peaceful coexistence in the region. Whether Bangladeshis are involved in the US-led Indo-Pacific Strategy (IPS) or the Chinese-led Belt and Road (BRI), it must maintain peace and the rule of law in the maritime region to reap the maximum economic benefits.
Mehjabin Bhanu 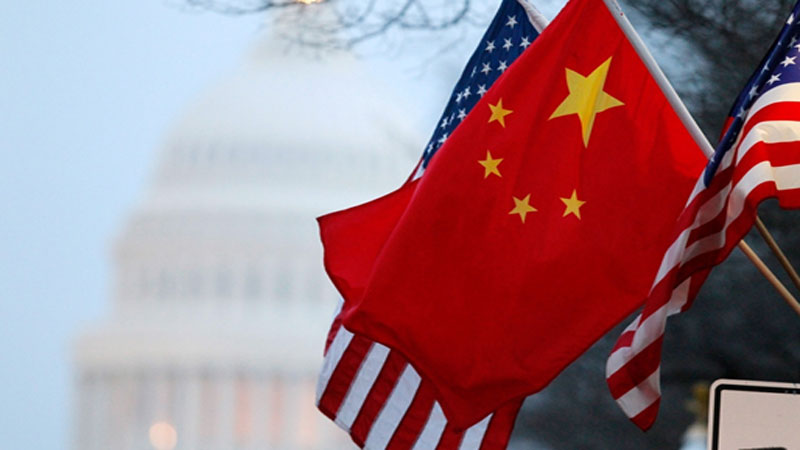 Bangladesh’s polices are not towards bipartisan international politics. Bangladesh was an active member of the ‘Non-Aligned Movement’. Bangladesh has no intention and interest to join any bloc. But Bangladesh has the intention to be benefitted from the blocs. Bangladesh believes in peaceful coexistence in the region. It always avoids any kind of clash with any actor. Despite having provocation from Myanmar during the Rohingya refugee crisis in 2017, it abstained from using any kind of force. Bangladesh knows the strategy. Bangladesh is balancing successfully with ‘BRI’ and ‘IPS’. Whether Bangladesh is involved in the US-led Indo-Pacific Strategy (IPS) or the Chinese-led Belt and Road (BRI), it must maintain peace and the rule of law in the region to reap the maximum economic benefits from these.

Bangladesh still believes in the ‘relevance’ of the Non-Aligned Movement (NAM), State Minister for Foreign Affairs Md Shahriar Alam said at the summit in Venezuela in 2016. NAM was set up during the Cold War era as an association of countries that did not wish to take sides with either the US or the Soviet Union. Basically, Bangladesh did not want to take sides either the US or the Soviet Union. The participation of Bangladesh in the 18th summit of the multilateral forum Non-Aligned Movement (NAM) held in Baku of Azerbaijan in 2019 further strengthened the country’s position in the international arena. Bangladesh’s position in the international arena is neutral.

Bangladesh wants, and believes in, peaceful coexistence in the region. Whether Bangladeshis are involved in the US-led Indo-Pacific Strategy (IPS) or the Chinese-led Belt and Road (BRI), it must maintain peace and the rule of law in the maritime region to reap the maximum economic benefits.

The USA is the main export destination of Bangladeshi garments. Bangladesh also believes in the US’s free and open Indo pacific strategy. Bangladesh needs both the USA and China simultaneously for its development process. It is pertinent to mention that Bangladesh wants to be a welfare state in South Asia. Its economic success is now praiseworthy. Thus, it needs both the USA, China, EU for ensuring the pace of the rapid economic growth. The US shouldn’t be worried about Bangladesh. Bangladesh strongly believes in friendship with all.

According to the various open sources, Bangladesh is America's main ally in South Asia. The two countries have extensive cooperation in regional and global security, counter-terrorism and climate change. Bangladesh is an important participant in the Obama administration's major international development initiatives, including food security, healthcare and the environment. In 2012, a strategic dialogue agreement was signed between the two countries. In 2015, US Ambassador to Bangladesh Marcia Bernikat described the relationship as "vibrant, multifaceted and essential". As of 2016, Bangladesh is the largest recipient of US assistance in Asia outside of Afghanistan and Pakistan. The US-Bangladesh relationship is strengthened by the Bangladeshi American community. Fazlur Rahman Khan designed the United States's tallest tower in Chicago.

According to the data of the US State Department and US Embassy to Bangladesh, the United States is the largest export market in Bangladesh. The United States is one of the largest sources of foreign direct investment in Bangladesh. The largest American investment in the country is Chevron, which produces 50% of Bangladesh's natural gas. Bilateral trade in 2014 was the US $ 6 billion. The major US exports to Bangladesh are agricultural products (soybean, cotton, wheat, dairy products), aircraft, machinery, engines and iron and steel products. American imports from Bangladesh include clothing, footwear and textile products; toys, games and sporting goods; shrimp and agricultural products. There are many Bangladeshi students in US universities. The United States has assisted Bangladesh during cyclone relief operations in 1991 and 2007. In 2017, U.S. direct investment in Bangladesh was $460 million, an increase of 0.4 per cent from 2016. Bangladesh's exports to the US were valued at $9.4 billion between January and October last year. Bangladesh and the United States belong to a number of the same international organizations, including the United Nations, ASEAN Regional Forum, International Monetary Fund, World Bank, and World Trade Organization. According to the media reports, the American government also donated $218 million as Covid-19 donations alongside 28 million vaccines. In addition, a US company has signed an agreement with Bangladesh to install the undersea submarine cable at a cost of $700 million to $1 billion by 2023 that will connect France via Singapore.

On the other hands, though China and Bangladesh shared an adversarial relationship during the latter’s independence movement and immediately after that, the relationship has undergone a tremendous transformation to the extent that China is now considered by many in Bangladesh as an ‘all-weather friend’. They established diplomatic ties in 1976; it was defence ties that were an important area of their relationship, which led to further expansion of ties.

China, the largest economy in Asia, has decided recently to grant duty-free access to 98% of Bangladeshi products through the inclusion of 383 new products, especially leather and leather goods, in the zero-treatment list.

According to the media reports, over the past 46 years, the relationship between China and Bangladesh has been developing, with mutual cooperation and friendship on both sides. In the international arena, Bangladesh has, to the best of its capacity, maintained unwavering support for the "One China Policy" and China's peaceful rise.

According to data of various media outlets, from January to July 2021, the overall import and export volume of China and Bangladesh was $13 billion, a rise of 58.9 percent year on year. China has become Bangladesh's largest trading partner, and Bangladesh is China's third largest trading partner and third largest engineering contracting market in South Asia. Although there is trade deficit between the two trade ties, China should consider this. Bangladesh is an important participant in China's Belt and Road Initiative and one of the first countries to respond to China's Belt and Road Initiative. Although bilateral trade favors China heavily, Bangladesh has enormous potential in the Chinese markets..Affected by the favorable policy of the official entry into force of the zero-tariff treatment of 98% of Bangladesh’s tariff items exported to China, Bangladesh’s exports to China may show a growth in 2022.

Despite having various challenges, Bangladesh is going to be a South Asian economic miracle and a welfare state in South Asia. Thus, it is the moral responsibility of both China and the USA to cooperate with Bangladesh. Bangladesh wants to coexist with all actors in the regions. The rise of Bangladesh in South Asia is very peaceful. It believes in perpetual peace.

The writer is a teacher and local social worker.

Bangladesh needs both the USA and China