It is important to stop these terror based games in Bangladesh soon. Parents need to be more aware of this to save their children from such addiction. We have to ensure humane and healthy entertainment for the students in the online world, develop the habit of book reading in them and encourage them to be involved in religious and moral education
Dr Md Mahmudul Hassan 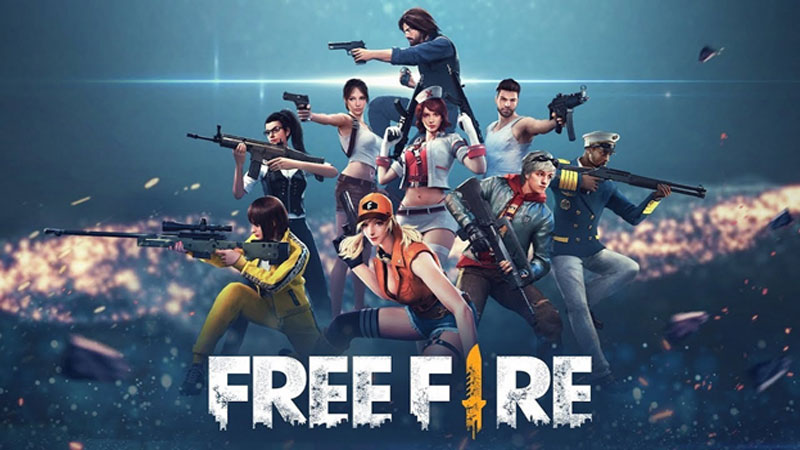 Beyond the age of information and communication technology, we have now embarked on a journey into the digital age. Technology is a blessing for us, in which there's no suspicion. But, uncontrolled use of technology has become a curse for us. It has given us much, but taken away double. Due to the outbreak of Covid-19, the use of technology has excessively increased in all sectors and that is remarkably more in education sectors. Teachers, students and guardians are to be dependent on the online education system. This is how our education is running and there is no alternative other than this.

Students' involvement in online education for a long time leads to growing interest in learning the use of online mystery and thereby they incline towards online games. Since there's no control of the teachers over the internet while teaching online, students get involved in phone gaming, watching vulnerable scenes on YouTube, Facebook chatting etc. behind teaching-learning. In a word, students are taking unchecked scope from the internet while sitting in online classes and getting involved in digital addiction. It is because teachers cannot attract their attention to any good lessons while teaching online. Moreover, as parents we also cannot ensure alternative entertainment for them, instead we are confining them in the four walled building as an excuse of Covid-19.

Let's look back a little, we used to spend our childhood in the dusty body of rural Bengal. There were various sports and leisure activities prevalent in the village. We used to spend our childhood in various sports including cricket, football, kabaddi, gollachut, lukochuri, boating, kite flying etc. for entertainment and mental energy.  It was also a fun way to spend time then. In the backyard at night, all the members of the family used to listen to the stories of the grandparents, hang out together irrespective of young and old. As a result, the family developed a close and friendly relationship with each other. All souls seemed to be interlinked in the same love door.

Currently, we find everything is changing in the whirl of time. There has been a change in the form and color of life. With the change of time, new thoughts are coming and consuming the world of old thoughts. Going to the field in the afternoon to play, going out together with friends, sitting and talking with the family, is just annoying to the new generation in this digital era. A few friends sit together and chat, but everyone's eyes are on the four-corner screen of the phone.  Now no one gives time to anyone. As a result, the relationship seems to have become very fragile.

Now, students choose online games, Pubji and Free Fire for entertainment. In the afternoon, children and teenagers are no longer seen playing on the field. Sitting in a corner of the house and getting drunk playing online video games. They are passing their time with four corners of the screen for hours after hours. The most popular online video games for children and teenagers are Pubji and Free Fire, which are seen to play excessively nowadays. Player Unknown Battle Ground (PUBG), a game developed by a subsidiary of the South Korean company Blue-Whale, has become a training centre for children and adolescents for online games such as Pabji and Free Fire.

An analysis of the Pubji game shows that there are 100 people living on an abandoned island, where some players arrived with parachutes and began the battle for survival. It can be played in groups of four. Those four players got involved in the grand organization of killing 100 people.  The main premise of this game is to kill and survive. ‘To Survive, Kill More' is the motto of this game. Free Fire is also modeled after this game.

These two games are being played the most in the world statistics.  According to multiple surveys, 87 crore people in the world are currently playing Pubji and Free Fire every day. About 10 crore downloads are being made every day from the Google Play Store.  Another online survey says that the statistics of playing more than one crore games every day in Bangladesh are also available. On the other hand, the game Free Fire of terror and violence is not far behind.  Around 50 crore people in the world are playing free fire every day.  About 7 million people are playing in Bangladesh. Another global survey found that 4.6 percent of teens and young adults are addicted to Internet gaming.  Of these, 7.8 percent are adolescents and 1.3 percent are adults.

According to the Bangladesh Telecommunication Regulatory Commission (BTRC), in April 2019, about 9.37 crore people in Bangladesh were connected to the Internet.  According to 2016 data, 35 percent of the students are secondary and higher secondary level, i.e. adolescents.  During the pandemic it has almost doubled. These are mostly at risk of tremendous digital addiction.  In the 11th revised version of the International Classification of Diseases (ICD-11), gaming addiction was adopted as a mental health problem in June 2018.  Following this, it has been attached to the Diagnosis Guidebook titled ICD-11 to be published in 2022.  In other words, the World Health Organization has identified the harmful use of these online games, cell phones, computers or video games as a disease.  The funny thing is, those who are making these games are keeping their children away from these waves.  Their only goal is to create the next generation of senseless loyalists.

Every popular digital game is a story of horrific terror-violence war and death.  Diakin University researcher in Australia, Helen Young writes in her article ‘Violence and the Far-Rights’, terror-based video games are a conspiracy to generalize terrorism-violence.  This is inciting people's inner guilt.  Young people are being taught to think of murder as normal.  Morality is being lost in people.  Even if someone is killed unjustly on the street, no one comes forward now.  The main goal of game makers is to create a kind of addiction among the users.  In fact, millions of teenage students around the world are addicted to video games.  As a result, social values, education and culture are being destroyed and future generations are becoming incompetent.  This addiction is weakening their creative power.  Addiction can sometimes lead to a horrible path, such as suicide.  On May 21, a sixth-grade student named UmmeHabibaBarsha committed suicide in Shahjahanpur after she could not play the 'free fire game' on her mobile phone.

Adequate data is required to play these games, which needs a handsome amount of money. Recently, a school student named Ripon committed suicide as he could not manage money to buy free fire data in Birampur, Dinajpur.  According to an online survey in Bangladesh, about 17 people have committed suicide this year over video games.  The list of suicides due to addiction to online games is getting longer and longer.  Experts say video game addiction is more dangerous than drugs. They named it 'Digital Drug'.  A drug addict behaves as if he does not get drugs; similarly, online game addicts do not hesitate to commit suicide by not being able to play the game.  Like drug addiction, it is very difficult to get out of online games.  However, it is possible to get out of game addiction by having strong will and engaging oneself in cultural activities or service activities.

Considering the awfulness of this type of games, neighboring countries like India, Nepal, Japan, Iran and many more countries have banned Pubji and Free Fire games.  Sadly, there was a lot of discussion and criticism about this in Bangladesh but it could not be stopped due to invisible reasons.  If the young generation cannot be freed from addiction, they will have to face a terrible situation.

It is important to stop these terror based games in Bangladesh soon.  Moreover, parents need to be more aware of this to save their children from such addiction. We have to ensure humane and healthy entertainment for the students in the online world, develop the habit of book reading in them and encourage them to be involved in religious and moral education. The government can take strict lawful restrictions in using internet based such entertainments, even the BTRC can weaken the net speed to discourage them from playing such games. We should allow our children to go to the playground and arrange sports by maintaining social security policy.  In order to take the young generation forward and reach the pinnacle of their success in the world, we have to say 'No' to digital addiction as we say 'No' to drug addiction. Then, the golden harvest will come in the golden Bengal. We have to remember, now the wound is small, it will heal with medicine, but if the wound is big, it will be difficult to heal.  So let's bring them back to the path of light through the joint efforts of all. Digital addiction must be stopped if all people irrespective of teachers, parents and public work together with moral responsibility.