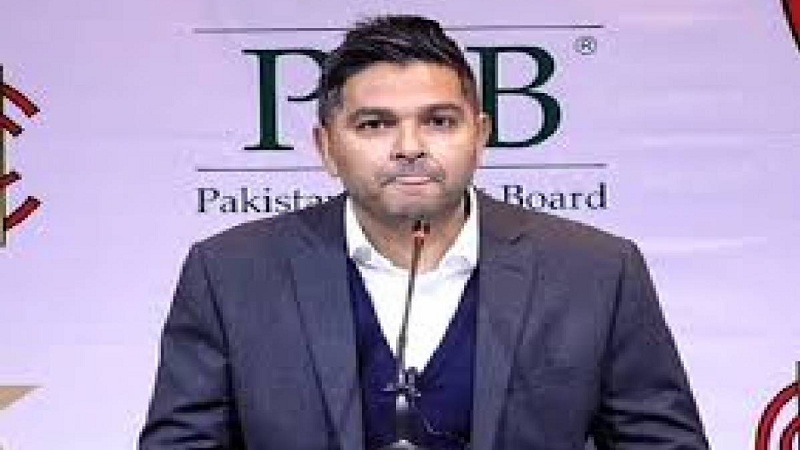 Wasim Khan, the chief of Pakistan Cricket Board, on Thursday (March 4) said that this is 'no time to play blame game' following the postponement of the sixth edition of the Pakistan Super League, which came at the back of rising COVID-19 positive cases among players and the support staff. The PCB announcement of the decision was soon followed by criticism from multiple franchises who held the board responsible for poorly managing the bio-secure bubble.

"There are a lot of emotions at the moment. Franchises have invested a lot of money, everybody has invested time in making PSL work. So there will be a lot of emotion, particularly in the first 24 hours with anything. We fully expect that. Any environment can only work only if everybody is on the same page," Wasim said in a press conference on Thursday. "This isn't about the blame game of who is to blame, this is about a collective effort that we all had a responsibility to police and self police the environment. Unfortunately, we weren't able to do it effectively enough, hence we find ourselves in this situation today.

"Now is not the time for Pakistan cricket to be fighting, to be arguing and blaming, the bottom line is there has to be a sense of collective responsibility, self-policing is important within any bubble, any environment, we will also look at ourselves and see what we could have done better. It is a tough day for all of us... our thoughts remain with the players, because the players who are isolating, it is very important that we provide them with the best support, so that they can complete their isolation period and we can send them off, wherever they are travelling back to."

He stressed that this will be a loss for everyone involved in the league - from the board to the franchises to the sponsors and the players. This was expected to be the first full season of the PSL to be played in Pakistan without a break, after last year's edition was halted mid-way due to the pandemic and the last leg was completed later in 2020. All the games were to be played in only Karachi and Lahore, with 20 percent crowd attendance also allowed. However, even before the tournament could get underway, a player tested positive and was placed in isolation.

Through the course of the tournament, several lapses took place. Wahab Riaz and Darren Sammy breached the bio-bubble, but tested negative. Images of Chris Lynn breaking the bio-bubble also emerged, as also of players playing in a golf course. Meanwhile, players like Fawad Ahmed and Tom Banton tested positive later in the tournament. Taking into account of how the tournament has panned out, Wasim stressed on the need to self police for the bio-bubble to be a success.

Even as a window hasn't been defined on when the remaining part of the tournament can take place, given a packed international and domestic home schedule in 2021, Wasim Khan stated that they will come to a conclusion following discussions with the franchises and other partners involved. He also added that right now the focus isn't on the financial loss as much as it is on the safety of the international players.

"Why did our domestic cricket work? Because it was policed," Wasim said. "We had 30-odd matches across two venues. We delivered South Africa - although it was bilateral. But we delivered tournaments with multiple teams involved domestically. Yes, there are responses from the franchises but this isn't about blaming anybody. This is about Pakistan cricket - the loss is for everyone to bear, for us, for the franchise - from the result today, how we're now viewed globally. There is a lot of work that needs to be done to get Pakistan back up and running, to get it to where it has. Lets not forget all the work that has been put into the last one year to get Pakistan cricket to where it is in world cricket."

When the number of positive cases and bubble-breach incidents were increasing, the PCB even decided and vaccinated 22 of the players before the tournament was eventually called off. Several franchises had suggested rescheduling the tournament after their foreign players weren't feeling comfortable with the growing number of cases.

"What I originally proposed to the franchises was that we look at 5 days as a stop period - take three tests in that period to see how we move forward," Wasim said. "The franchises are very very clear that the players are very nervous, they are very anxious and apprehensive. Another three positive cases overnight has had a trickle effect. So, whilst our hope was that we could perhaps suspend matches for five days then continue, they made it very clear that the players were not in a mental state to continue. So, I think, the three cases overnight - they felt the temperature in terms of how the players were feeling, what was the feeling around the camp and it was clear that the majority players did not want to continue. And the franchises felt very uncomfortable, as did we, in putting the players' under any additional risk when there was no need to do it."

The PCB chief has stressed on the importance of winning back the confidence of the cricketing community in order to resume not only the tournament but Pakistan's ability to host matches in their home country. He pointed at the successful conduct of the recent home series against Zimbabwe and South Africa and believes they will have to learn their lessons and improve on it in order to ensure that the international bilateral series scheduled, to be hosted by Pakistan later in the year, aren't affected.

"We are exploring the windows, but at the moment it depends on the windows, don't forget bilateral cricket," he said. "We have delivered bilateral cricket against Zimbabwe, we have delivered Test and T20 cricket against South Africa, what we are talking about is bilateral cricket moving forward with some of these countries, so we fully expect there would be a number of learnings, number of hard decisions we have to make, we have to take a good look at ourselves and things that we could have done better, and collectively there is a lot of things we could have done better. This is about looking at it with a wider lens and see where did all the failings happen and why did they happen. That is the bottomline we have to get to and put things in place, provide confidence and assurance as we have done with our security provisions, we now have to do that with Covid.

"The situation was such that it was outside our reasonable control. When players start to lose confidence... bio secure is about trust. There has to be trust with all the partners to make that work. We got to recognise, internationally this is going to make news. It is a difficult day because a lot of time, work and effort has gone into our last premier tournament of the year - PSL. Yes, we postponed it. But as a nation we remain resilient, as PCB we remain resilient, with the franchise to make sure that we can complete the games before the end of the year.

"There will be issues of trust, and we need to acknowledge the fans in particular have supported Pakistan cricket through tough times and our players have - at the national as well as the domestic level. Building trust again will take some time and some effort. But we're determined to learn from the mistakes we have made. Hopefully, everybody learns from the mistakes we've made from this to make sure this kind of a thing doesn't happen again."

Wasim also sidestepped questions on whether he will accept responsibility for the postponement of PSL 2021 and resign, adding that a committee will be setup to investigate into what went wrong following discussions with the PCB chairman Ehsan Mani and the Board of Governers.

"PCB's investigation will take place. We are not going to investigate ourselves. This is a situation where I have to speak to the chairman and the chairman will speak to the Board of Governors in deciding how we investigate this to get to the bottom of where were the issues, where were the problems and where do the responsibilities lie. Integrity and accountability is very important. Things haven't worked out the way it should have worked out. It's everyone's loss. Through that investigation, we will have the findings and then we will look at how we're going to implement once we get those. Let them investigate, then they we send their recommendations and it will be with the chairman and the BoG," he concluded.

Most popular
On Sports

Hope dashed for Bangladesh to play WC Qualifiers at home

Felt like I was in jail: Mehidy Hasan Miraz 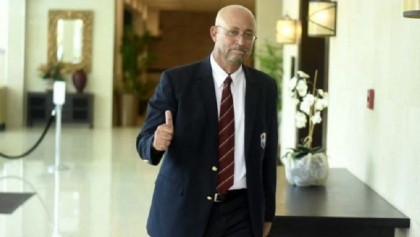 Ricky Skerritt and Kishore Shallow have been re-elected for a second term as president and vice-president of Cricket West Indies respectively. The duo was elected unopposed at CWI's annual general meeting, on April 11 (Sunday).…

‘We can win in Sri Lanka even without Shakib, Mustafizur,’ says Mominul

Players under watch as IPL starts amid Covid scare