The importance of biodiversity for our own safety

Habitat loss and overexploitation, driven by our rapid population growth and unsustainable consumption patterns, are the primary causes of biodiversity loss which is now happening up to ten thousand times faster than for millions of years before.
Md. Zillur Rahaman 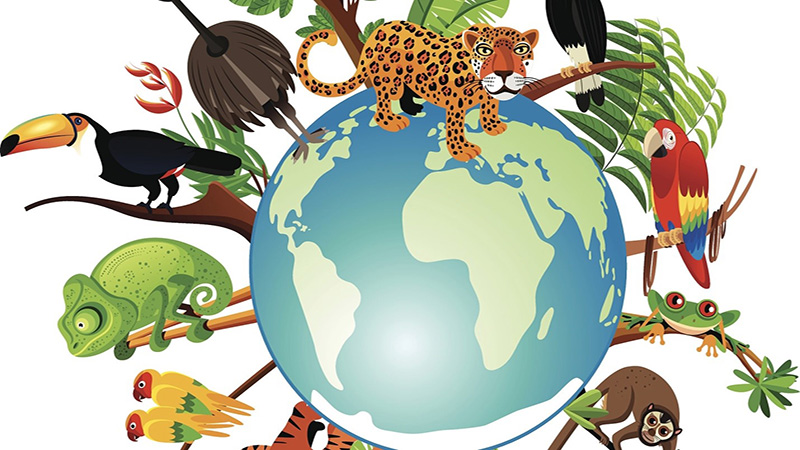 Protecting biodiversity plays a crucial part in achieving the emissions reductions. The destruction of forest ecosystems is responsible for 11 percent of all global greenhouse gas emissions caused by humans, so conserving forests would stop the release of these gases into the atmosphere. Trees and plants also store carbon in their tissue, making it even more necessary to protect them.
The variety of life on Earth, its biological diversity is commonly referred to as biodiversity. It is the number of different species of plants, animals, and microorganisms. It includes organisms from Earth’s vastly different ecosystems, including deserts, rainforests, coral reefs, grasslands, tundra and polar ice caps. Our biodiversity is very important to the well-being of our planet. Most cultures, at least at some time, have recognized the importance of conserving natural resources. Appropriate conservation and sustainable development strategies attempt to recognize this as being integral to any approach to preserving biodiversity. Almost all cultures have their roots in our biological diversity in some way or form. Declining biodiversity is therefore a concern for many reasons.
Some ecosystems, such as mangroves, are particularly good at storing carbon and keeping it out of the atmosphere — where it contributes to climate change. Forests and wetland ecosystems provide crucial buffers to extreme storms and flooding related to climate change. These ecosystems are complex, which means they function best, and are more resilient to the effects of climate change, when all the pieces of the ecosystem are in place — meaning the biodiversity is intact.

Wildlife crime urgently needs justice. The global trafficking of wildlife continues relentlessly, driving many species towards extinction and threatening global security and public health. Massive efforts to raise awareness and reduce demand are not slowing one of the world’s most lucrative forms of transnational organised crime, fuelled by big profits and low risk.

It is to be mentioned here that from the ancient times, wetlands are the lifeline of a country and these are responsible for sound environment, bio-diversity, ecological balance, flora and fauna. These are playing vital roles in economic development of the country. Livelihood of millions of people in our country is dependent on the wetlands since these are the repositories of natural fish that provide proteins for the vast population of the country. Besides, wetlands are playing important roles in irrigating land, migratory bird and ecological balance.

Our wetlands are dying due to the greedy grabbers. Most of the cases, the grabbers forcibly dumped the sand and soil using their muscle power without any consent of the wetland's owner. Some cases, a group of dishonest local administration helped them indirectly. This will result in immense suffering for the environment. Thus, the government high-ups need the support of the public for our survival. We must not dilly-dally with such an alarming issue.

A bird sanctuary is a safe area where steps have been taken to preserve a habitation that is vital to survive the birds. It can be such a wetlands that normally attract many birds, or land that is important to the survival of an endangered species. Globally, there are different kinds of protected areas with varying legal status.

Needless to say that migration of a guest bird is a perilous journey and involves a wide range of threats, often caused by human activities, that has been observed in our county. These birds know no boundaries but every migration is a massacre - illegal trapping and hunting, collision with unsafe environment and loss of key stop-over feeding and resting sites. Around the globe, many migratory bird species are sharply declining in numbers, and these declines are indicative of the threats facing the wider environment and our ecological balance.

The Sundarbans, the largest mangrove forest across the world, is our proud and strong ecosystem, proved itself again as a big shield as like the previous floods and cyclones that it protects thousands of lives and various animals during the super cyclone Amphan and Bulbul. It is a gift of the nature of Bangladesh as it acts like a wall whenever a severe cyclone hits the country. But the ecosystem of Sundarbans has become very vulnerable to the pollution. The biggest threat of Sundarbans is the global warming climate change that will raise the sea level of the Bay of Bengal side. To save the Sundarbans, it is necessary for our own safety and to keep the balance of biodiversity.

No industrial project can be established within 10 square kilometers of Sundarbans as per government environmental laws but the most controversial coal-based Rampal power plant is going on to implement by the government ignoring the concern of civil society, environmental activist and UNESCO. The poachers are also desperately killing tigers, deer, snake, birds, illegal poaching of wildlife for their greedy business. The dishonest forest reserves are also cutting the forest wood trees without proper replacement of plantation that is risky to be a desert of the forest. Many oil tankers are also running within Sundarbans rivers, which is very harmful fish species and mangrove forest.

Aspirin, penicillin and thousands of other medicines are derived from nature. In fact, over half of all prescription drugs are made from plants, animals, and micro-organisms. With more than 30,000 species, we may be home to undiscovered life-saving medicines.

At least 40 percent of the world’s economy and 80 percent of the needs of the poor are derived from biological resources. In addition, the richer the diversity of life, the greater the opportunity for medical discoveries, economic development, and adaptive responses to such new challenges as climate change.

We are what we eat and food is one of the many great things that biodiversity provides. Bees pollinate crops, organic fertilization increases yield, and heirloom varieties make our plants stronger and healthier. One farmer can feed 120 people each year, all thanks to biodiversity.

Biodiversity, the diversity of life on Earth, is essential to the healthy functioning of ecosystems. Habitat loss and overexploitation, driven by our rapid population growth and unsustainable consumption patterns, are the primary causes of biodiversity loss which is now happening up to ten thousand times faster than for millions of years before.

Biodiversity also regulates our climate. Forests, wetlands, and other conserved habitats help to regulate greenhouse gases like carbon dioxide and reduce the impact of floods and droughts. Humans are the main reason that biodiversity is lost. Sometimes we take too much from the environment and don’t replace it. Our roads and subdivisions destroy valuable habitat. Pollution and climate change can harm ecosystems and species. Our actions can also introduce invasive species from around the world that destroy and hurt what lives here naturally.

The writer is a banker and contributor. E-mail: [email protected]

The importance of biodiversity for our own safety 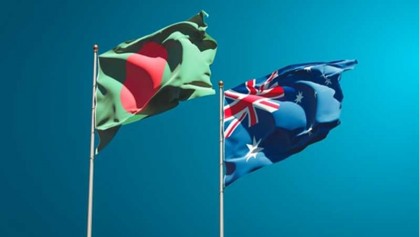