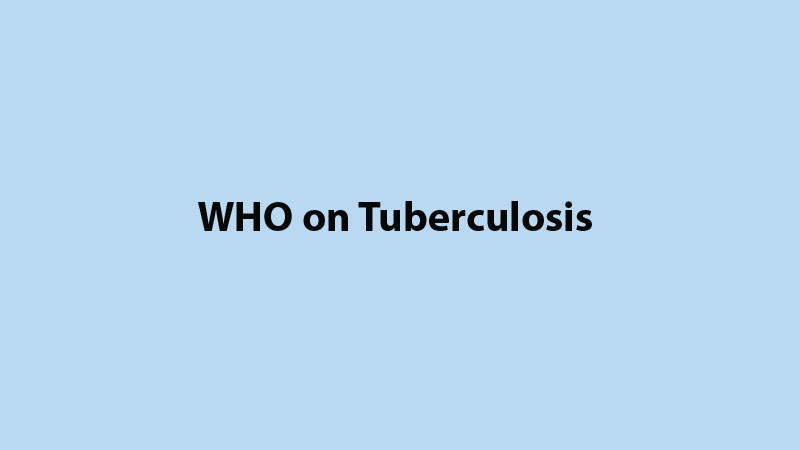 Tuberculosis (TB) is caused by bacteria (Mycobacterium tuberculosis) that most often affect the lungs. Tuberculosis is curable and preventable.

TB is spread from person to person through the air. When people with lung TB cough, sneeze or spit, they propel the TB germs into the air. A person needs to inhale only a few of these germs to become infected.

About one-quarter of the world's population has latent TB, which means people have been infected by TB bacteria but are not (yet) ill with the disease and cannot transmit the disease.

People infected with TB bacteria have a 5–15% lifetime risk of falling ill with TB. Persons with compromised immune systems, such as people living with HIV, malnutrition or diabetes, or people who use tobacco, have a higher risk of falling ill.

When a person develops active TB disease, the symptoms (such as cough, fever, night sweats, or weight loss) may be mild for many months. This can lead to delays in seeking care, and results in transmission of the bacteria to others. People with active TB can infect 5–15 other people through close contact over the course of a year. Without proper treatment, 45% of HIV-negative people with TB on average and nearly all HIV-positive people with TB will die.

Who is most at risk?

Tuberculosis mostly affects adults in their most productive years. However, all age groups are at risk. Over 95% of cases and deaths are in developing countries.

People who are infected with HIV are 19 times more likely to develop active TB (see TB and HIV section below). The risk of active TB is also greater in persons suffering from other conditions that impair the immune system. People with undernutrition are 3 times more at risk. There were globally 2.3 million new TB cases in 2018 that were attributable to undernutrition.

Many countries still rely on a long-used method called sputum smear microscopy to diagnose TB. Trained laboratory technicians look at sputum samples under a microscope to see if TB bacteria are present. Microscopy detects only half the number of TB cases and cannot detect drug-resistance.

The use of the rapid test Xpert MTB/RIF® has expanded substantially since 2010, when WHO first recommended its use. The test simultaneously detects TB and resistance to rifampicin, the most important TB medicine. Diagnosis can be made within 2 hours and the test is now recommended by WHO as the initial diagnostic test in all persons with signs and symptoms of TB.

Diagnosing multidrug-resistant and extensively drug-resistant TB (see Multidrug-resistant TB section below) as well as HIV-associated TB can be complex and expensive. In 2016, 4 new diagnostic tests were recommended by WHO – a rapid molecular test to detect TB at peripheral health centres where Xpert MTB/RIF cannot be used, and 3 tests to detect resistance to first- and second-line TB medicines.

Tuberculosis is particularly difficult to diagnose in children.

TB is a treatable and curable disease. Active, drug-susceptible TB disease is treated with a standard 6-month course of 4 antimicrobial drugs that are provided with information and support to the patient by a health worker or trained volunteer. Without such support, treatment adherence is more difficult.

Between 2000 and 2018, an estimated 58 million lives were saved through TB diagnosis and treatment.

HIV and TB form a lethal combination, each speeding the other's progress. In 2018 about 251 000 people died of HIV-associated TB. In 2018, there were an estimated 862 000 new cases of TB amongst people who were HIV-positive, 72% of whom were living in Africa.

WHO recommends a 12-component approach of collaborative TB-HIV activities, including actions for prevention and treatment of infection and disease, to reduce deaths.

Multidrug-resistant tuberculosis (MDR-TB) is a form of TB caused by bacteria that do not respond to isoniazid and rifampicin, the 2 most powerful first-line anti-TB drugs. MDR-TB is treatable and curable by using second-line drugs.

However, second-line treatment options are limited and require extensive chemotherapy (up to 2 years of treatment) with medicines that are expensive and toxic.

In some cases, more severe drug resistance can develop. Extensively drug-resistant TB (XDR-TB) is a more serious form of MDR-TB caused by bacteria that do not respond to the most effective second-line anti-TB drugs, often leaving patients without any further treatment options.

In 2018, MDR-TB remains a public health crisis and a health security threat. WHO estimates that there were 484 000 new cases with resistance to rifampicin – the most effective first-line drug – of which 78% had MDR-TB. The MDR-TB burden largely falls on 3 countries – India, China and the Russian Federation – which together account for half of the global cases. About 6.2% of MDR-TB cases had extensively drug-resistant TB (XDR-TB) in 2018.

Worldwide, only 56% of MDR-TB patients are currently successfully treated. In 2016, WHO approved the use of a short, standardized regimen for MDR-TB patients who do not have strains that are resistant to second-line TB medicines. This regimen takes 9–12 months and is much less expensive than the conventional treatment for MDR-TB, which can take up to 2 years. Patients with XDR-TB or resistance to second-line anti-TB drugs cannot use this regimen, however, and need to be put on longer MDR-TB regimens to which 1 of the new drugs (bedquiline and delamanid) may be added.

In July 2018, the latest evidence on treatment of drug-resistant TB was reviewed by an independent panel of experts convened by WHO. A rapid communication on key changes to recommendations for the treatment of drug-resistant TB has been issued by WHO, to be followed by the release of updated and consolidated WHO policy guidelines later in the year.

Global commitments and the WHO response

On 26 September 2018, the United Nations (UN) held its first- ever high-level meeting on TB, elevating discussion about the status of the TB epidemic and how to end it to the level of heads of state and government. It followed the first global ministerial conference on TB hosted by WHO and the Russian government in November 2017. The outcome was a political declaration agreed by all UN Member States, in which existing commitments to the Sustainable Development Goals (SDGs) and WHO’s End TB Strategy were reaffirmed, and new ones added.

The milestones for 2020 are a 35% reduction in the number of TB deaths and a 20% reduction in the TB incidence rate. The strategy also includes a 2020 milestone that no TB patients and their households face catastrophic costs as a result of TB disease.

reach at least 30 million people with TB preventive treatment for a latent TB infection in the 5-year period 2018–2022;

mobilize at least US$ 13 billion annually for universal access to TB diagnosis, treatment and care by 2022;

mobilize at least US$ 2 billion annually for TB research.

The political declaration also requested the UN Secretary-General, with support from WHO, to provide a report in 2020 to the General Assembly on global and national progress, as the basis for a comprehensive review at a high-level meeting in 2023. The Director-General of WHO was requested to continue to develop a multisectoral accountability framework for TB (MAF-TB) and to ensure its timely implementation.

WHO is working closely with countries, partners and civil society in scaling up the TB response. Six core functions are being pursued by WHO to contribute to achieving the targets of the UN high-level meeting political declaration, SDGs, End TB Strategy and

Shaping the TB research and innovation agenda and stimulating the generation, translation and dissemination of knowledge;

Setting norms and standards on TB prevention and care and promoting and facilitating their implementation;

Developing and promoting ethical and evidence-based policy options for TB prevention and care;

Ensuring the provision of specialized technical support to Member States and partners jointly with WHO regional and country offices, catalyzing change, and building sustainable capacity;

Monitoring and reporting on the status of the TB epidemic and progress in financing and implementation of the response at global, regional and country levels.

Tuberculosis is an age old disease and first spread probably 8000 years back. Killer T.B was described in India 3000 B.C. Mummified bodies of Egypt have… 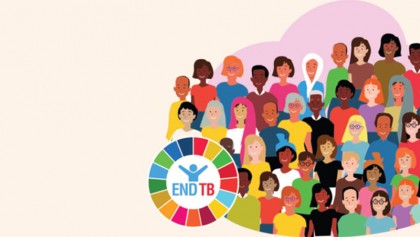 Each year, we commemorate World Tuberculosis (TB) Day on March 24 to raise public awareness about the devastating health, social and economic consequences… 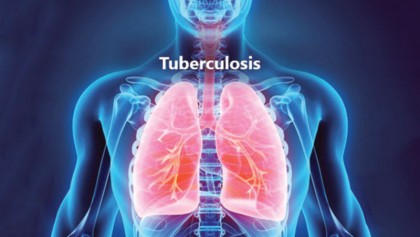 What is Tuberculosis? Tuberculosis -- or TB, as it’s commonly called -- is a contagious infection that usually attacks your lungs. It can spread… 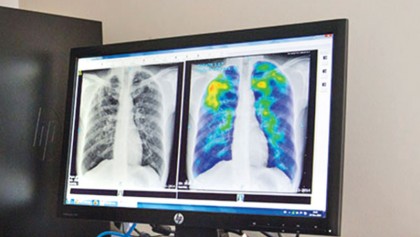 Hearing loss screening for patients with TB and diabetes urged 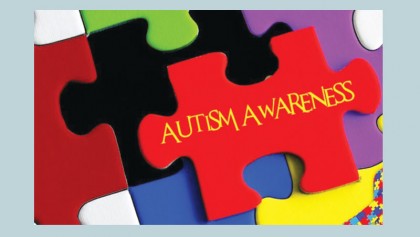 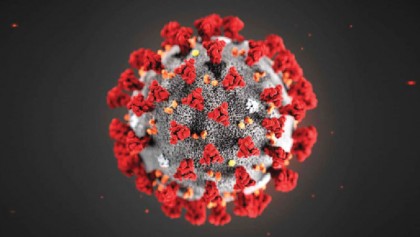 What is Coronavirus (COVID-19)?

COLLEEN DOHERTY, MD   The 2019 Novel Coronavirus (COVID-19) Outbreak COVID-19 is a new type of coronavirus, a common family of viruses, which surfaced…

Coronavirus patients, doctors seem to be temporarily losing their sense of taste and smell — here’s why

ABBY HAGLAGE Healthcare workers wait for people to arrive at a COVID-19 mobile testing site in Florida. New reports from the UK show that both doctors… 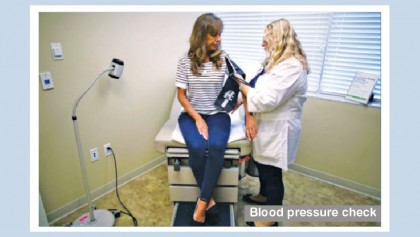 10 common health conditions that may increase risk of death from the coronavirus, including diabetes and heart disease

According to a report on patient characteristics from Italy's National Institute of Health released on March 17, 99% of COVID-19 patients who have… 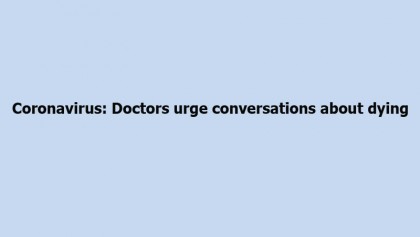 DR FAYE KIRKLAND Palliative care doctors are urging people to have a conversation about what they would want if they, or their loved ones, became seriously… 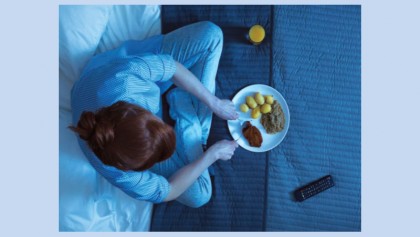 Many peoples are choosing -- or have been told -- to self-quarantine to slow the spread of COVID-19. Doctors at the University of Texas Health Science… 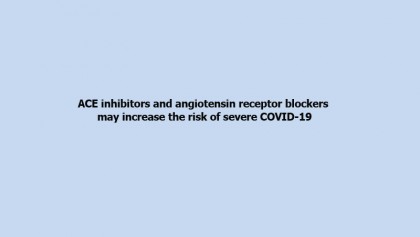 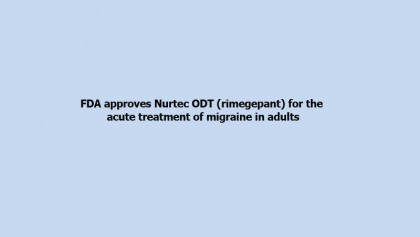