There are a lot of words in English that look or sound alike but have very different meanings. It’s easy to get them confused and most electronic spellcheckers won’t be much help in this type of situation: they can tell you if a word has been spelled wrongly but they can’t generally flag up the misuse of a correctly spelled word. Here are pairs of words that regularly cause people problems:
en.oxforddictionaries.com

Breech and breach are pronounced in the same way but have different meanings.

Breech is used to refer to the back end of something, for example a gun or rifle.

As a noun, breach can be used in a few ways, but all of them broadly mean 'a gap, break, or hole' in something.

This can refer to breaking a law, agreement, or code of conduct: They stopped paying their rent, which was a breach of the rental agreement.

Or, it can refer to a physical hole or break in a wall or barrier: The protesters gained access to the facility through a breach in the fence.

Breach can also be used as a verb, meaning 'to break through or make a hole' in something, as in: We breached the perimeter of the facility by cutting a hole in the fence.

The essential difference between these two words is that bring implies movement towards someone or something:

Bring your instrument with you when you come over.

Whereas take implies movement away from someone or something:

Take your belongings with you when you’re leaving.

Bangladesh is a darling site of nature. Many natural sites, like the longest beach at Cox’s Bazar, the Sundarbans, Sajek Valley in Bandarban, Kaptai… 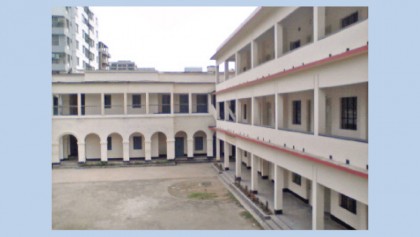 Looking after our elders is one of our utmost responsibilities. How a society treats and takes care of its senior citizens says a lot about that particular…

Was your food a little too spicy?

No matter how much we love a good, spicy curry, we could just kick ourselves when we take a bite and realise we’ve been a bit too generous with…

Of the late medieval temples of Bengal, the hut-type is an important variety. The style is further sub-divided into do-chala or ek-bangla, jor-bangla…