Saying it with roses 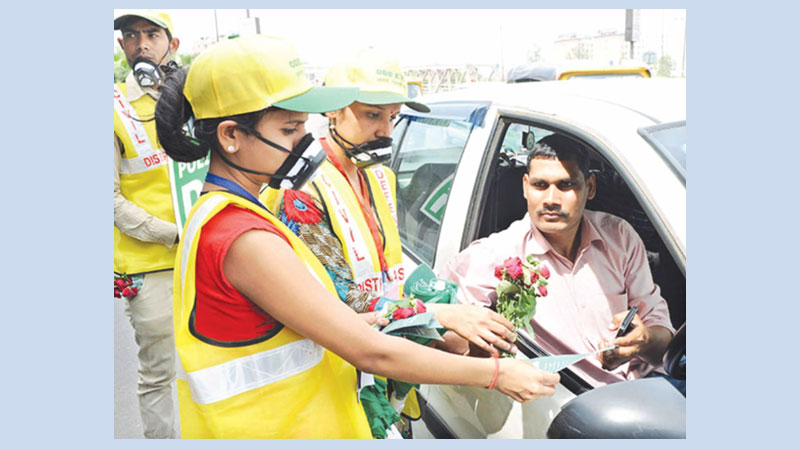 Even as on a Monday morning, the common man geared up to comply with the new law, a ruling party MP made headlines by willfully violating it. Given that his intention was to hit headlines, it was no surprise when he was ticketed and shelled out Rs 4000 as fine for the violation: all set with cameras to take relevant pictures.

The scheme kicked off on the first Monday of the month: November 4 to be precise: the third time under the AAP government headed by erstwhile crusader turned Chief Minister Arvind Kejriwal. The first time the scheme was implemented was in 2016 from January 1 to 15 and then again from April 15-30. This time around the scheme will be in force between November 4-15.

Under the scheme, vehicles with odd registration number are allowed on odd days. And on even days, only vehicles with even number can ply. The scheme will be implemented from 8am to 8pm from Monday through Saturday, and any violation will lead to a fine of ₹4,000.

Exempted vehicles during odd-even scheme include two wheelers, women drivers alone or with child up to 12 years of age, private vehicles with school children in uniform (only during school timings), vehicles with person/s with physical disabilities, electric vehicles. Cab aggregators Ola and Uber have said that they will deactivate surge pricing during the 12-day odd-even road rationing scheme.

But it took one MP and that too from the ruling party to break the law: none other than  Vijay Goel, also former Union Minister.  Goel violated the Delhi government’s odd-even  scheme within hours of its implementation. He broke the law by driving an odd-numbered SUV. The SUV painted in orange, had  messages written all over it, claiming  the odd-even scheme was a “gimmick”.

Driving towards ITO from his residence on Ashoka Road in Lutyens Delhi, Goel’s  car was stopped by traffic policemen near Janpath and fined Rs 4,000.

But if Goel was indulging in gimmicks, would the AAP government remain far behind? A little after Goel violated the odd-even rule, Delhi transport minister Kailash Gahlot landed up at his doorstep and that too with a bouquet of roses, asking him to comply with the rule.

Politics and roses apart, Delhi is bracing against pollution.  Delhiites are having a tough time breathing and the thick smog has turned the city into a gas chamber.

Alarm bells were ringing in the national capital as Delhi declared a public health emergency on Friday and shut down schools till the skies turned blue from grey.

Grey smog had engulfed the Delhi skies soon after the city was done celebrating Diwali. Days later, on Friday, it worsened as the air quality deteriorated and the pollution level in the region entered the "severe-plus" category". This week there was a slight improvement with  Air Quality Index (AQI) dipping from 'severe' to 'unhealthy'.

There are only four cities in India with 'good' air quality, of which two are in Kerala, one near  Mumbai and one  in Rajasthan. As against this, Delhi, the national capital of the country, is being tagged as one of the most heavily polluted capital cities in the world.

The common causes are growing population of the city,  unplanned development of industries and factories, a phenomenal  rise in vehicles and increasing air and noise pollution.  There have also been an ever-increasing number of diesel vehicles plying on the roads, which are largely responsible for the air pollution. Add to that the solid waste that is generated every day and the picture is very grim. The situation gets worse because of the absence of proper technology or methods to treat solid, liquid, waste water, industrial and hospital wastes in the city.

Predictably, Delhi Chef Minister Kejriwal blamed it on his neighboursstating that  smoke from stubble burning in Punjab and Haryana was causing air pollution in the capital.  The blame clearly is at the doorstep of the farmers who continue to burn the stubble by setting fire to their fields to clear excess crops. The result: Delhi becomes the recipient of the dust and fumes and coughs it way to near-death.

The courts have had to step in following a petition by  activists, and  ordered a complete halt to the practice of stubble burning : “People are dying, this just cannot happen in a civilised country,” said the court judges in a statement.

But then Stubble burning is not new: it has been there since 1980’s, when combine machines replaced manual labour for harvesting and threshing their paddy. Harvesting paddy manually does not result in stubble burning.

It is the timing that is new, thanks to a law passed in 2009. Till then, farmers in Punjab sowed paddy  in the second half of April to be harvested by early October. This meant, that the burning of 50-60 cm tall standing stubble was over before mid-October.  The Punjab Preservation of Subsoil Water Act 2009 barred the sowing of paddy nurseries before May 15 because transplanting the paddy seedling in mid-summer had led to massive groundwater depletion. By pushing the process ahead by a month, the Punjab government was ensuring that the crop’s water requirement is met from monsoon rains. This sure did replenish the groundwater table, but there was a catch: Late transplanting of the paddy meant a late harvest which implied that farmers are setting fire to their fields between the third week of October and the first week of November. This time marks the onset of winter in North India, when the wind movement is typically slow and the lower atmosphere has high levels of moisture. These factors lead to all the particulate matter and gases from stubble burning, as well as from vehicular and industry emissions, to get trapped instead of being carried away by the wind.

Hence the crisis. However there is much more than meets the eye and to blame the crisis only on stubble burning may be jumping the gun and missing the wood for the trees.

The need of the hour is to stop the blame game and not see this as a my state versus your state issue but one that is affecting citizens irrespective of where they belong: it is not about one Chief Minister versus another but about the country as a whole: neither is it about roses but the thorns pricking human lives and putting them at grave risk.

The writer is a senior Indian journalist, political

commentator and columnist of The Independent.

She can be reached at: ([email protected])

Saying it with roses 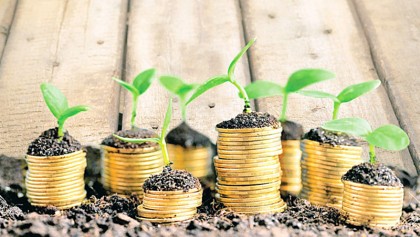 The curse of greed

All of us in Bangladesh now read in the newspapers and hear and see on TV screens numerous stories of raids by our law enforcing agencies at different clubs, casinos and such other places and finding…