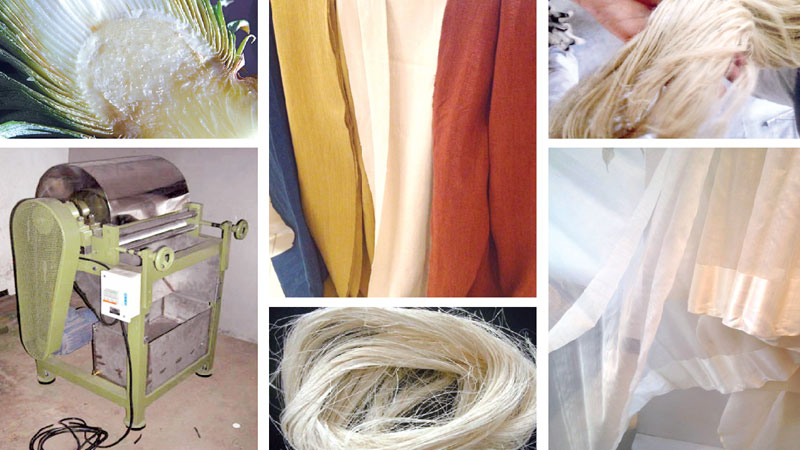 “Barong Tagalog” — a partially see-through, embroidered shirt sewn from pineapple fibre and silk is an integral part of Filipino culture and has been there in that nation since the 15th century, when the Spanish colonizers brought pineapples to the archipelago.

But it was in November 2015, at the 21st meeting of the Asia Pacific Economic Cooperation (APEC) held Manila that the famed cloth, made it to the headlines across the globe when former US President Barak Obama went up on the centre stage, donning in a “Barong Tagalog.”

This fine cloth, also known as PIÑA has usually been worn by the royalty and important people. Museums across the world hold exquisite piña dresses in their collections—the legacy of a 19th-century fashion trend.

Over the centuries, the garb has continued to evolve, developing elaborate embroidery, thanks to the continued influence of Europe, and now even reflects the touch of one of fashion’s most famed recent couturiers.

Part of the appeal comes from the fabric’s natural elegance. The Filipino fabric has long been a touchstone of the national dress; it’s the traditional, if expensive, option for long Barong Tagalog garments.

Thanks to the entrepreneurship of Dawood Farhan and his daughter Umaima Jahan Dawood for bringing this haute couture to Bangladesh.

Dawood Farhan is the managing director of Fiber Resource Center (FRC) Bangladesh. He has travelled all over the country and to many places abroad on various assignments all through his life and has been a pioneer in many spheres in the fields of agriculture, poultry and livestock areas.

Talking with The Independent, he said that he first saw the beautiful pineapple silk in the Philippines. “It was a wonderful fabric—transparent, silky and very classy. It was not only beautiful to look at but also was very comfortable to wear.”

“I got very curious when I learned that it was made from pineapple waste. I was drawn to study a bit more about the history of making this yarn and started learning the process,” he said.

After learning the history and craft of making yarn from pineapple, he thought of producing the fabric in Bangladesh. “Pineapple, as you know, is grown in abundance in the Modhupur, Chittagong Hill Tracts and Sylhet areas of Bangladesh. I thought if fabric can be made in the Philippines, why not here!” he said.

After that his innovative nature and wide knowledge led him to find ways to make yarn from pineapple. His personal research led him to meet the then and present day chief of Mennonite Central Committee (MCC), David Hall, at a conference.

Mennonite Central Committee (MCC) at that point had their own extensive research on this subject and was looking for a like-minded individual, who would lead this project commercially but also help create employment in tribal communities and among deprived and sexually exploited women.

Farhan always wanted to create employment opportunities for all, especially those deprived and socially exploited.

The two ideas met and merged and Fiber Resource Centre Bangladesh (FRC Bangladesh) came into being.

The process of making cloth

For making pina fibre, the outer, long leaves of the pineapple are preferred. In the manual process, they are first decorticated by beating, rasping and stripping, and then left to ret in water to which chemicals may be added to accelerate the activity of the microorganisms that digest the unwanted tissues and separate the fibres.

The retting time has been reduced from 5 days to 26 hours. The retted material is washed clean, dried in the sun and combed.

Dawood Farhan said that making Pina cloth was a delicate process as it was hand loomed by only a few weavers. It is very precious and scarce, making it expensive.

"The major end use of Pina fibre is the Barong Tagalong, wedding dresses and other traditional Filipino formal dresses," he said, adding that it is also used for table linens, mats, bags and other clothing items.

Because it is lightweight but stiff, this sheer fabric can be used in any creative design. "There are few clothing items more beautiful than those made from pineapple."

The traditional decoration for this fabric is a style of hand embroidery called ‘calado’. An embroidered piña garment is called piña calado. These hand-woven fabrics are coloured with vegetable dyes originating from leaves, and barks of different trees.

When asked whether pineapple yarn is as good as cotton, Dawood Farhan said that "it is a different material, so quite difficult, almost impossible to compare it."

"Pina on its own is a very high grade-material and produces fabulous materials and yarn. And has a fantastic look and feel to it, in addition to it being environmental and skin friendly."

The varieties of cloth

Pina fibre is often blended with cotton, abaca, and silk to create wonderful light, breezy fabrics. When woven with silk, it’s called pina seda or pina-silk. Pina jusi is blended with jusi (abaca or silk) for strength and sheerness and is less expensive than 100 per cent pina.

"Yes, this is made of pineapple,” replied Umaima when I asked whether the beautiful fine, transparent golden scarf which she wore at the time we met was made from pineapple.

"Yes we have made some clothes that we have worn to many events, too—both day-wear and evening wear! We have already opened a boutique house selling these cloths. The soft launch of the boutique house has already been done.”

“We will do a grand launch of our boutique house soon,” she said.

Umaima said that it is an environment-friendly wear, a product that is used up completely without leaving any negative footprint.

"With time, consumers have become very conscious which is great news for all of us. At the same time, consumers are also very fashion conscious.  With a fabric like this, all natural and so versatile in its uses, the prospects are many— many styles, many uses, many benefits."

Umaima said that it was a new concept in Bangladesh, so people would generally take some time to understand it better.

"But once they do, and also know of the manifold benefits to society, we know they will be as excited and interested about the FRC Pina fabric and products, if not more."

About the marketing strategy for the cloth, Umaima said that they wanted the people of Bangladesh to know that "this product is coming from their own country, being made by their own people and needs to be worn and promoted by its people too." 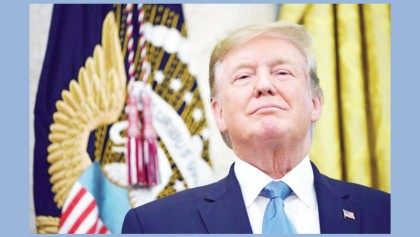 US-China trade war deteriorates as Trump lashes out at Beijing

The United States and China exchanged blows Friday as each side increased punitive tariffs on the other, intensifying a trade war that is threatening to engulf the global economy. In a rapid back-and-forth,…