The environmental movement did not have a clear beginning. It was first and foremost a gradual awareness of the damage imposed upon the environment
SHISHIR REZA 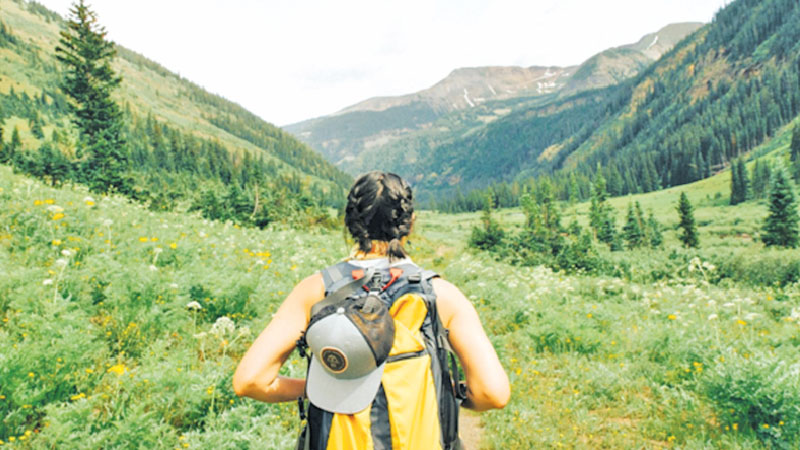 Environmental philosophy denotes – intrinsic value, sources of value, subject matter of ethics and perspectives. But the global trends of development hinder sustainable development. It is important to mention that argument from ignorance, argument from disappearing beneficiaries, argument from temporal distance, utilitarian argument and right argument create a political economy and environmental degradation dynamics.

Considering the term environmental ethics, non-human, nature-based philosophy, anthropocentrism and eco-centrism, it has been proved that population growth and non-humane behaviour as the main causes of socio-economic problems, including environmental degradation, pollution, desertification, deforestation, intensive cultivation, overutilization of grazing and other environmental problems. But sometimes that is not always true. For example, some of the most crowded countries in East Asia are the most prosperous _ Taiwan, South Korea, Hong Kong and Singapore _ where the population density is 1,000 people per square kilometer. It depends on what policies they have taken and public participation.

The environmental movement did not have a clear beginning. It was first and foremost a gradually awareness of the damage imposed upon the environment. The beginning was the extinction of some species. It was initiated in Europe in the 1890’s where there was a movement for the conservation of some birds, which were used to adorn women’s hats. People were trying to banish the hunting of some animals by stopping selling its products. They were aware that some African and Australian species of birds were to be extinguished since it was hunted without any sense of humanity. Thousands of birds were killed in order to have their feathers exported to the metropolis. And, many “evolutionists” were not able to find some of these species anymore.

From the 1950’s on emerged the “new environmental movement”. Up to now, the crusade for the conservation of the nature was based on some moral as well as divine conception of the Mother Nature, the environment was in the center of the discussion. The word was preservation. The new environmentalism focused on human kind, and on the environment surrounding him. Not only the animals and the resources were to fade away, but also the human beings.

The new movement was also a political and activist one. The Earth would not be destroyed only with a radical and profound reformulation of the values and, above all, of the institutions in the industrial societies. It was necessary a confluence of publications, the tests of the nuclear age, the affluent society, the scientific knowledge, the influence of some racial political movements, and, principally, the accidents which reached a global repercussion. These were some of the new variables, which raised up the public perceptions about the state of the world. Environmentalist Kalliprasanya Ghosh explains there is a conflict always between anthropocentrism and eco-centrism. Economic pursuits of human beings are dependent on the natural environment as nature is the provider of raw materials for the production of different goods. Natural environment provides us two types of resources. Natural or material resources − mineral and fossilized energy, which are extracted from the natural state at some cost to the economic agent who is involved in the extraction, as well as environmental resources − clean air, water, rivers, oceans, etc, the use of which does not involve any payment as there is no market for natural goods. Apart from that, the natural environment works as a waste assimilator, as wastes are discharged into the environment without anybody having to pay for it. On the other hand, modern technology increases the use of resources and also allows us to affect the environment in many ways.

The common question is how we can inject integrated ‘environmental economy philosophy’. The environment has the capability of transforming some of these wastes into useful products – tree converts carbon dioxide into carbohydrates through photosynthesis. The wastes may also be rendered harmless through biogeochemical processes. These reflect the waste assimilative capacity of the environment. As a result, economic activities do not overload the assimilative capacity of the environment.

However, when too many wastes are discharged into a specific environment, it cannot assimilate all that and there is environmental pollution. Pollution induces the negative externality, which is unsustainable to society, economy and environment. Then a question rises on environmental norms, ethics and philosophy.  Politically there are six parts for sustainable development. These are: integration of environment and economy, future development aspects, environmental protection, social equality, quality of life and public participation.

In 1973, at the Fifteen World Congress of Philosophy in Bulgaria, an Australian philosopher, Richard Sylvan, addressed his colleagues with a question: “Is there a need for a new, an Environmental Ethics? The main argument of this new ethic is that progress could only be made in ending the ecological crisis by challenging anthropocentric ethical norms and extending moral considerability to nonhuman beings. Just as today one is morally obligated to refrain from abusing or killing humans, so tomorrow one may be morally and legally obligated to refrain from abusing or killing many kinds of living beings. There are two major approaches for this line of argument: the holistic and the individualistic ones.

The holistic one analyses the environment as a wholly, including human beings. It is basically represented by the “land ethics”, from Aldo Leopold and J. Baird Callicott. The land ethic changes the role of Homo sapiens from conqueror of the land community to plain member and citizen of it. It implies respect for his fellow-members and also for the community as such. The individualistic one is the movement of animal liberation/rights, which broke new ground in moral philosophy by taking a step beyond the species barrier. It can be regarded as only the first step toward a more encompassing environmental ethic oriented to all living things severally or individually. They created an analogy for sexism, calling the anthropocentric prejudice toward the animals “speciesism”. The outstanding authors are Peter Singer and Tom Regan.

In general, the root of our environmental problems is not anthropocentric and patriarchal attitudes, nor the institutions and practices that embody them, nor the moral obtuseness that prevents people from discerning the moral consider ability or inherent value of nonhuman beings. Rather, air and water pollution, the wasteful use of natural resources, and other environmental harmful practices stem from ignorance, greed, illegal behavior, and shortsightedness. There is no need at all for any kind of revolutionary cultural and political changes or for alterations in human-centered moral theory. There is a need only for a sustainable use of nature by humans, for a sustainable development. This field is represented basically by three branches of arguments, depending on the level of the government presence and influence in the market.

Free-market environmentalism, which applies to the environment, issues the general principle that good of all can be promoted through the unrestricted operation of the market economy. They maintain that clearly defined property rights are the best assurance of optimal environmental decision making. The second one is the Green-market environmentalism, which proposes a market-based approach that differs considerably from that of free market. The reason in his view is that enterprises have an economic incentive to reduce expenditures and gain a competitive advantage by externalizing costs as environmental damage. So there must be some administrative regulation and government planning. Finally, the last one is the Liberal environmentalism. It rejects the idea that unrestrained marked activity can solve ecological problems and contends that significant government regulatory activity is necessary to prevent environmental damage while respecting the human rights and maintaining justice.

We want development, higher per capita income, and economic growth. But the term development does not carry the same connotation for all people _ upper, middle, working,   marginal, ethnic or religious minorities. Either the extraction of development enriches the majority of people or makes some people rent-seekers. It depends on the patterns of development and public participation. If we ensure education, health security, food and housing, as well as jobs for people, people protect planet and love nature for sustainable development.

The writer is an Environmental Analyst and Associate Member,