Infrastructural backwardness, lack of proper planning and regulations are the constraints on the path of exploring all the potential energy sources
Farhana Sharmin 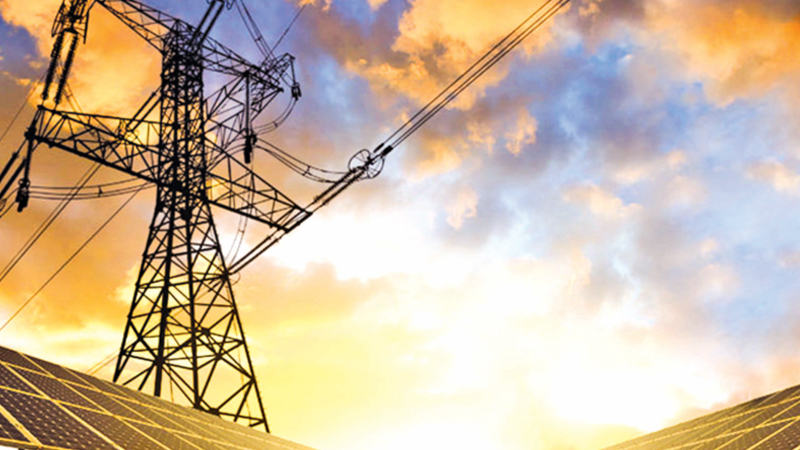 Bangladesh is emerging as a promising member of the Next Eleven(N-11)Emerging Market Economies which requires uninterrupted energy supplyto achieve the government’s projected Vision 2021, Vision 2030 and Vision 2041. Environmentally Bangladesh isthe most vulnerable to climate change, therefore weneed to lean towards alternative energy to fight climate change but instead we are starting new fossil fuel projects for lowering the electricity price.

Right now, as much as we talk about 100% clean energy, we cannot shift overnight nor can Bangladesh depend on any single source for energy. However, the current shortage and constraint in the availability of harvestable fossil fuels lead to the exploration of newer energy sources.

Although there is a sizeable gas stock in Bangladesh, if the current extraction rate continues, this reserve will dry up by 2031 (S&P Global Platts, 2013).The Power Sector Master Plan (PSTM 2010) targets above 50% of total generation from coal sector (21.71% from imported and 29.07% from domestic coal) by 2021. However, principal barriers for such operation are technical difficulties and non-environment friendly method. So,environmentally and economically, for feasible alternative source, we have two options, nuclear energy and renewable energy.

Nuclear energy is still a newborn in Bangladesh. The only project is the proposed Rooppur Nuclear Power Plant, with dual stations (1,200 MW ~ 3,000 MW). Despite of not being a renewable energy source it can be considered a clean source as it doesn’t cause harmful carbon emission. For indefinite amount of power supply, it is extremely affordable as well. Although the installation cost is projected to be a budget overrun ($12.65 billion excluding 4% interest rate) andit is also high in risk profile in terms of technical complexity, maintenance and proper management of the radioactive waste.Also, the currently proposed Rooppur Nuclear Power Plant still will not be operable before 2022.

So Nuclear energy is not an immediate answer for our secondary energy source, at least not for another 5 years.So, the remaining choice is renewable energy. Till now the most popular renewable sources in Bangladesh aresolar, wind, biogas and hydroelectric power.

Wind Energy has also made some inroads but its potential is mainly in coastal areas, and offshore islands with strong wind regimes.Presently there are 2 MW of installed wind turbines at Feni and Kutubdia.Another 50-200 MW at Parky Beach is under planning. Another promising renewable energy resources for Bangladesh can be Biogas mainly from animal and municipal wastes. Presently there are tens of thousands of households and village-level biogas plants in place throughout the country.

The most promising renewable source can be the solar energy. With an ambitious plan of being world’s “first solar nation”, (Nuclear Engineering International, 2015) the government has established the Sustainable and Renewable Energy Development Authority (SREDA) to promote usage of renewable sources.

Infrastructure Development Company Limited (IDCOL) initiated Solar Home System (SHS) program in 2003 and till 2016 it has installed solar power in 4.5 million households, reaching 18 million peoplewith over 2.9 million household-level installations having a capacity of 122.2 MW. Through this SHS program, the government targets to achieve ‘Vision 2021’ with 1.7GW of solar capacity. In 2013, Bangladesh was rankedwith the sixth-largest renewable energy–related workforce in the world with 114,000 jobs.Other renewable energy sources include bio-fuels, gasohol, geothermal, river current, wave and tidal energy andpotentialities of these sources are yet to be explored.

But transition is not easy. It is difficult for Bangladesh to implement grid connected solar system as it will create disturbance in the current network of PGCB because of the unpredictability of the power, battery replacement issues. Land scarcity is another major obstacle for both solar and wind power plants. Hence, a trade-off between land for cultivable crop and RE plants is a critical decision for the government. But utilization of lands through high rise construction or building floating spaces (Inspired from Southeast Asian regions) can be possible with proper administrative planning.

The cost for renewable energy has reached a historical lowlately which has always been considered too pricy. A recent report from the International Renewable Energy Agency (IRENA) has shown that the per megawatt installation cost and the per unit power generation cost has declined both in case of solar and wind power. The installation cost of solar power plant with 1 MW capacity of a used to be BDT 350 million in 2010. But now it is reduced to BDT 110 million. Presently, per unit production cost of solar and wind electricity is lower than BDT 3.5. The cost of battery is also declining in average of 14% per year in between 2007 and 2014 and projected to come down even more.

But, as the price of solar system is declining rapidly, private companies are taking advantage of the absence of government regulation on price by charging the rural users more than BDT 30 for each unit of electricity, while the urban users pay almost 5 times lesser.

Recently a number of private companies in Bangladesh have been appointed with several solar power projects by Bangladesh Power Development Board (BPDB) ranging capacity from 30 MW to 200 MW. These long-term contracts are presumably done in a non-transparent way through which BPDB would have to continue to purchase each unit of solar electricity at around BDT 12.00 for the next 20 years. In this way the government will remain stuck with a fixed payment rate even when the price of solar generated electricity comes remarkably down in near future.

The first world countries are experimenting with unorthodox forms of renewable energy for sustainable growth and ecofriendly potential.

A developing country like Bangladesh should at least adopt the mainstream technologies of renewable energy.But infrastructural backwardness and lack of proper planning and regulations are the constraints on the path of exploring all the potentials. Now, combined efforts from public and private sectors can make things easier and viable. So, it is high time,weenvision an ideal energy mixfor Bangladesh and actively march towards that all together for a better future.

The author is a researcher and Climate Justice activist from Bangladesh University of Engineering and Technology (BUET). 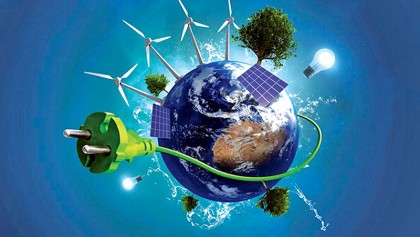 Foreign Minister Dr AK Abdul Momen on Sunday said a handful of countries want to send undocumented Bangladeshis back home. According to a report of this newspaper yesterday, the minister issued the statement…
Social distancing flouted with impunity

Ensuring rights to health for all