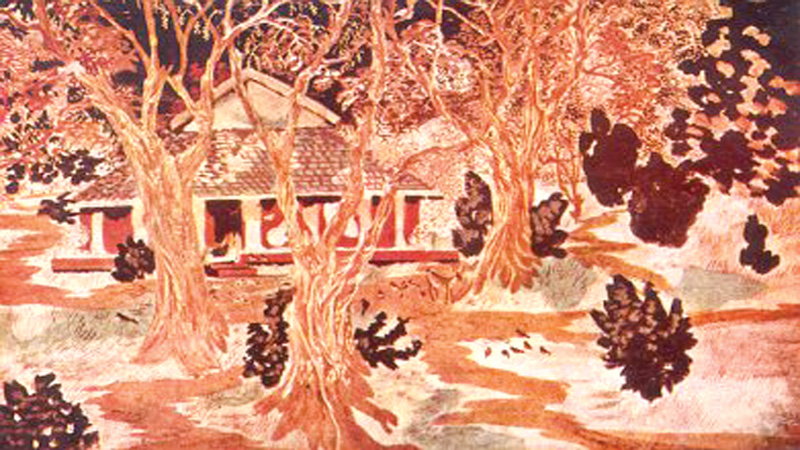 Rabindranath Tagore’s short story ‘Bolai’ is a sample of best nature writing, which shows  sensibilities and spiritual oneness with nature. In fact, Bolai can be said to be the best nature-loving character in any work of literature.
In this story, Tagore’s anthropomorphic view is at its best. Bolai, the eponymous main character, is passionate about nature and without nature, he remains incomplete. Nature is the source of his happiness and sorrow. In fact, nature is an integral part of the little boy’s life. To Bolai, nature is a living being: “To him the grass cover did not seem like an immobile substance; he felt that this expanse of grass, surrounding his whole body – rolling and rolling, the grass tips would tickle his neck and he would burst into peals of laughter.”
Motherless Bolai lives with his uncle, who narrates the boy’s story, as the voice of the writer. Bolai is quite unlike other boys of the same age _ his singular interest is nature and his thoughts are spellbound by its beauty and charm. As his uncle makes it clear: “My nephew Bolai, my brother’s son. Right from childhood, he had the habit of standing and staring silently, not exploring places like other boys. When dark clouds massed themselves in layers in the eastern sky, it was as if his soul became dense with the moist fragrance of the forest in July; when the rain came thrumming down, his whole body would listen to what it said. When the sunshine lay on the roof in the afternoon, he walked about bare-chested, as if gathering something into himself from all the sky.”
For Bolai, nature is a fascination_ as if it brought every day its message from heaven. He gradually becomes a close friend of nature: “He was impatient to watch the new seedlings lift their curly heads towards the light. Every day he would bend low to them, as if asking, ‘And now what?’ They were stories always unfinished--tender young leaves, just arisen; he felt a companionship towards them that he didn’t know how to express.”
Bolai’s anguish at seeing anyone plucking flowers shows us his deep love and devotion for nature. While boys his  age snap branches off trees, he feels like crying, but knows well that displaying such emotions would be considered stupid. So, Bolai stays silent in his agony: “It hurt him whenever someone plucked a flower from a plant. But he realised his concern meant nothing to anyone else. So, he tried to hide his pain. Boys his age would throw stones to knock amlokis (berries) off the tree; he couldn’t speak, he turned his face and walked away.”
His tender mind is utterly hurt watching grass, or even weeds, being mowed: “His most troubling time was when the grass-cutter came,” the narrator explains.
Bolai’s deep sensibility towards nature is really unequal in any literature. Here, Tagore airs his grievance that the common people are unaware of saving nature, which should be given utmost priority. The writer further shows us the little boy’s pain on seeing the widening gap between man and nature: “As for my brother’s son, in his nature, the basic notes of plants life have somehow gained predominance….. Bolai has long realised that some kinds of pain are for him to bear alone – they elicit no response from the people around him.”
The story with its ecological tone reaches its pinnacle when Bolai is dead-set against the removal of a shimul (red silk-cotton) sapling that was taking root in the pathway. The boy vehemently protests against attempts to uproot the unwanted tree: “Bolai was aghast. What a terrible decree! ‘No Kaka (uncle)! I beseech you, beg you, please don’t uproot the tree,’ he protested.”
The tree is saved, for the time being. But then Bolai has to go to London for studying as his father summons him. But once there, he could hardly forget his beloved tree. Through  correspondence, he asks his Kaka to send a picture of the tree.
Alas! The silly-looking tree (as the narrator says) had been cut down, as it was getting in the way of passers-by. The felling occurred without the knowledge of Bolai’s Kaki (aunt). On finding out, she mourns greatly the loss of the tree. She had, unknowingly, cherished the tree as a replacement for Bolai, whom she loved as her own son. The shimul tree, in the absence of Bolai, is no longer a mere tree _ it takes on the form of a human character.
Thus, in his fantastic story ‘Bolai’, Tagore shows the spiritual bond between man and nature. Bolai’s love for a tree and nature as a whole shows the importance of the environment to the wholesome growth of the human mind. The story is a tale of love for nature and the environment, which is rare really in any literature. 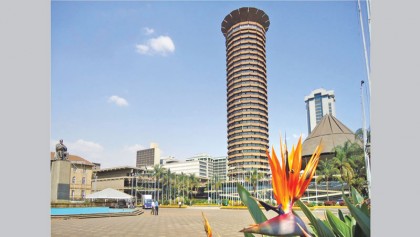 Nairobi is the capital and largest city of Kenya. The name comes from the Maasai phrase ‘enkare nyrobi’, which means cool water. The area… 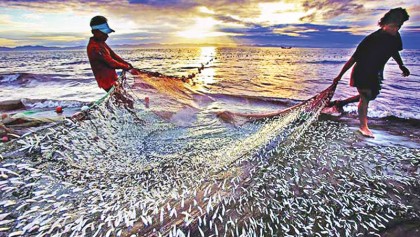 There has been an intimate link between humans and the oceans from the very beginning of development of human civilization. Goal number 14 of Sustainable… 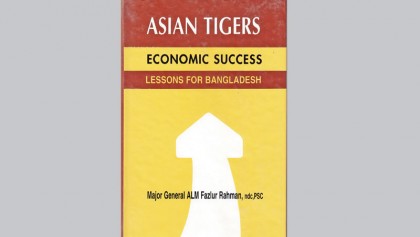 Economic development for social welfare is urgent for any state. Clarifying these thoughts and research, ALM Fazlur Rahman published a book on… 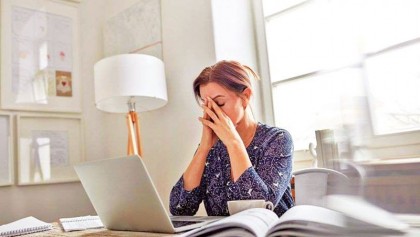 Anxiety levels higher, thanks to pressures of modern life

The demands of modern life are making more of us anxious than ever before, it has been claimed. Researchers who carried out a detailed study found pressure… 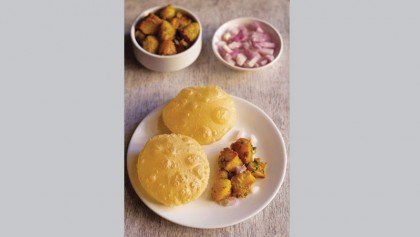